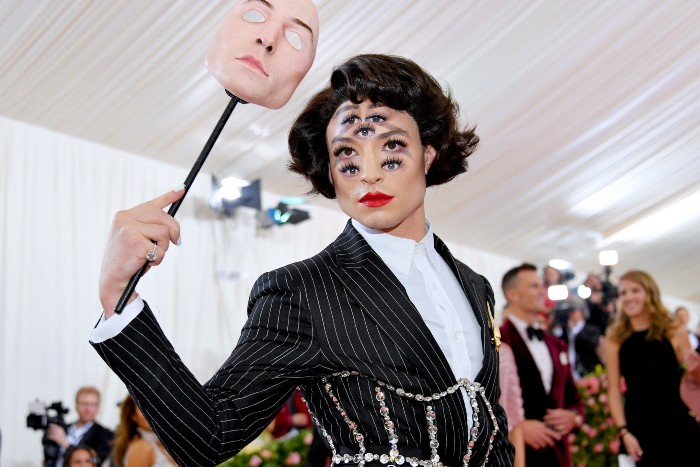 The other day I wrote about how the parents of 18-year-old Tokata Iron Eyes were seeking a protective order against Ezra Miller based on allegations of grooming and physical abuse. That order has been granted, but there’s just one small problem: No one can locate Miller to serve them. Is that bad? Because that sounds bad. (LA Times)

No snark. Justin Bieber is going through some sh*t. (Dlisted)

Sophie Turner is calling out America’s chips — Crisps are chips, right? — and chocolates while enduring her second pregnancy here. (Celebitchy)

Got a huge grab bag of Twitter embeds for today, so we’re going to switch things up and give credit for each right out of the gate. In order: Jen, Andrew, Claude, Roxana, Kayleigh, and James:

Deeply saddened by the passing of Julee Cruise today. Her angelic voice transported us all to another dimension. Now, she's floating among the angels. Sending love to her family, friends, and fans today. pic.twitter.com/95RCWVizMA

TikTok’s algorithm knows me too well, this is the best thing I’ve ever seen. pic.twitter.com/ppheYhaJPU

Very happy about this. pic.twitter.com/1FofmKbqJP

this is now my legacy. i got chris evans to say he'd wanna play that hot fox https://t.co/ulkXcA3Kcm

Misha, a non-verbal teen with Down’s Syndrome, didn’t understand why his family had to flee Mariupol this year.

To placate him, his mother told him they were travelling to meet John Cena.

Cena heard… and went to Amsterdam to oblige.

From Kayleigh: “Here’s the long and the short of it: if you can take an honest look at the evidence in front of you and not believe that Amber Heard is a victim of abuse, there are exceptionally few women who you actually would believe if they were to receive the same treatment.” (Internet Princess)

From Claude: Speaking of, look who is joining the line of people inspired by Depp’s success. (Daily Beast)

Cannonball Read asked which books folks wanted to read for their September book club honoring banned and challenged books, and the results are in! Select any or all of The 1619 Project, All Boys Aren’t Blue, and The Hate U Give to read and discuss on Sept. 16-17. Have you read any of these books yet? (Cannonball Read 14)

From Tori: Hang around long enough and everybody hops on the duck train!

In Baltimore, I am said to be the host with the most. pic.twitter.com/KQaQhwWb3F