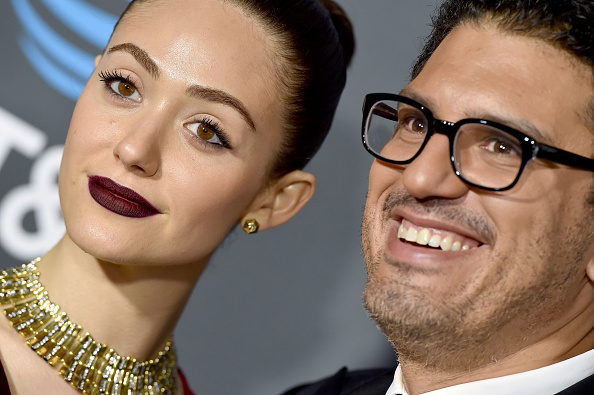 Someone in our comments section suggested a few days ago that Sam Esmail had been in director jail since Homecoming, which I had not heard. I don’t think there’s any reason why he’d have been put in director jail over the series because the first season in 2018 — which he directed — was well received, and it was the second season in 2020 (which he did not direct) that few people remember, outside of the unforgettable presence of Janelle Monáe. But it is true that we haven’t heard that much from Esmail since Mr. Robot’s last season in 2019.

Ironically, the morning after that comment, Netflix released its 2023 preview of movies, and lo and behold, one of the better potential offerings this year is Leave the World Behind due out in December. It stars Julia Roberts, Mahershala Ali, Ethan Hawke, and Kevin Bacon, and Esmail adapted it from a Rumaan Alam of the same name (Ali replaced Denzel Washington, who had scheduling conflicts). It’s a thriller about a couple who goes on vacation in a remote area only to have the owners of the rental house return and tell them that there has been a blackout in the city. With no access to the Internet or cell service, the vacationing have no idea who to believe.

I am intrigued. More intriguing, however, may be two of the television series he’s been developing. One is Metropolis, an adaptation of Fritz Lang’s legendary 1927 sci-fi silent film. This one seems to be further along because they at least know where it will be filmed when the time comes (Australia). Esmail is also developing another television reboot of Battlestar Gallactica. Both projects, however, seem to be a long way off.

Neither project has cast members attached nor any recent updates on production, and languishing projects are not new to Esmail. The Bermuda Triangle film he was attached to write and direct, for instance, hasn’t been mentioned since its original announcement in 2017. Likewise, nothing has come from the TV series American Radical, which Esmail was supposed to write and direct with Rami Malek attached to star. Other projects Esmail has been attached to that haven’t come to fruition include The American Throne — set in a reimagined United States ruled by a monarchy — a film called Tell Tale Heart based on a Wired article, and a Coast Guard television procedural. He’s also been attached to two other TV series, So Others May Live and The Family Chao. Neither has advanced beyond the script stage. It seems like we have another Guillermo del Toro type: Someone involved in far more projects than he can actually possibly do within his lifetime.

Yet, besides the forthcoming Leave the World Behind, Esmail hasn’t done anything since the last season of Mr. Robot that viewers will be able to see anytime soon. He has, however, worked as a producer on Angelyn, a little-seen Peacock series starring Esmail’s wife, Emmy Rossum; the little-seen Julia Roberts Watergate series, Gaslit; and Peacock’s terrific (but little seen) The Resort. To be fair, he and Rossum had a kid in May 2021 and there was a pandemic raging before that, so directing an entire movie during that time is more than enough output for the writer/director.


← Spoilers: 'House Party' Is Not a Party Worth Attending | New Allegations Against Brett Kavanaugh Concealed by the FBI Surface in Doug Liman Doc →