The Ending of 'Mr. Robot' Explained

Most people know that Sam Esmail’s Mr. Robot began as a screenplay for a feature film that he ultimately stretched into four seasons of television, but in doing so, he kept the contours of his movie — and the ending — intact. He’s known the end since the beginning, and the last few seasons, Esmail has not been writing toward the end so much as he’s been filling space until he arrives at his predetermined end.

It’s a strong finale. A really strong one, with a very satisfying twist. It’s not a strong enough finale with a twist satisfying enough, however, to fully justify four seasons — or at least, the obtuse, convoluted, messy and impenetrable seasons two and three. That’s not a knock against the finale or even the last season of the series as a whole (which has been very good), but I cannot get over how fantastic Mr. Robot might have been as a two and a half-hour feature film, a tightly-written, intense hacker thriller about a guy with Dissociative Identity Disorder pulling off the ultimate heist to take down the wealthiest people in the world.

I can see all the elements of that film in Mr. Robot. Elliot and Mr. Robot plan a massive takedown of E Corp with his sister Darlene and girlfriend Angela. About halfway through the movie, however, we discover that Mr. Robot is one of Elliot’s alters. Our mind is blown, but the movie continues apace until Elliot and Darlene succeed in taking down E Corp’s board of directors after Angela is killed. It’s an anti-capitalist hacker Fight Club, and in the end, we discover that Elliot … has been another of the real Elliot’s alters the entire time.

That’s how the television series ends. Elliot’s visit into an alternate universe in the final two-and-a-half episodes is all a coma dream he’s experiencing from a hospital bed after Whiterose’s device melts down. Somehow, Elliot survived the blast because the room he was in was shielded, but the explosion left Elliot in a coma.

While in the coma, Elliot essentially confronts the reality of what he’s been avoiding the entire series. Yes, Mr. Robot is an alter, but so is Elliot, which real Elliot created to help him repair his relationship with Darlene, to hide himself from his monster (his father’s abuse), and to take on capitalism as a hacker vigilante. Darlene has known for most of the time, but she didn’t say anything to Elliot because she likes this Elliot and the real Elliot was mad at her for abandoning him, which she did because she didn’t know how to help the real Elliot deal with his monster.

To be sure, most everything that happened in Mr. Robot was real: Taking down E Corp and the Deus Group, Angela’s death, Whiterose’s device and her death, although Elliot’s malware hack did prevent a nuclear meltdown. The only “dream” is the alternate reality where Elliot led a happy life with Angela. 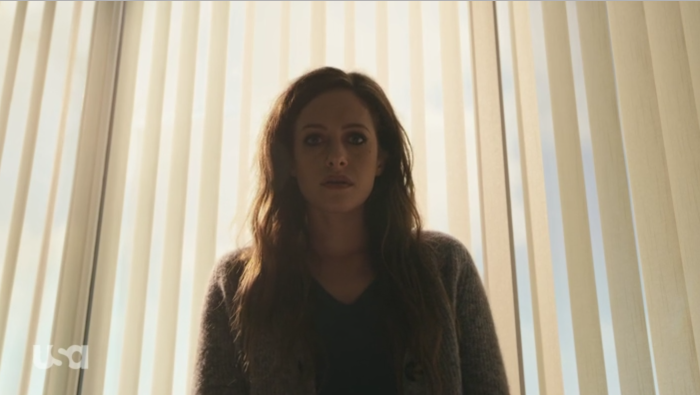