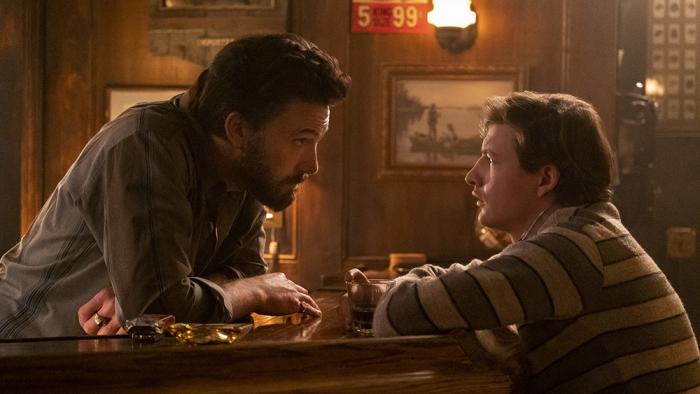 The last movie I saw in theaters, still, was that bleak but decent Ben Affleck basketball/addiction drama The Way Back. In the intervening year-and-a-half, Ben Affleck had a very public relationship with Ana de Armas before reuniting with Jennifer Lopez. He also managed to finish shooting Ridley Scott’s The Last Duel with Matt Damon (out this weekend), film his return as Batman in The Flash, and star in the George Clooney directed The Tender Bar.

The latter is based on the memoir of Pulitzer Prize-winning journalist J.R. Moehringer (played by Tye Sheridan in the film), and it’s about his relationship with a local bar and all its denizens, especially his Uncle Charlie (played by Ben Affleck). Here he is vintage Affleck: Cigarette-smoking, Boston-based, blue-collar guy, not too far removed from an older version of his Good Will Hunting character. The role has Oscar-winning comeback story written all over it, and with Clooney in the director’s chair, it should be a fun promotional tour this December, too. This is definitely my sh*t.

The Tender Bar premieres on Amazon on December 17th.