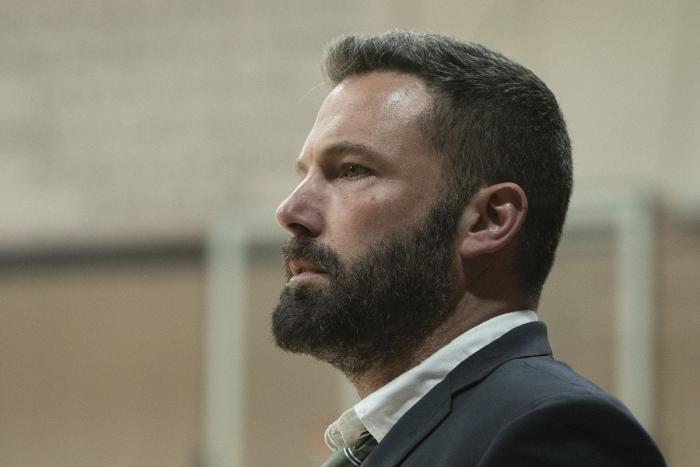 Fourteen years ago, it was Hollywoodland that brought Ben Affleck back from the precipice of career ruin after one of the worst professional streaks in the history of Hollywood, including Jersey Girl, Daredevil, Paycheck, Gigli, and Surviving Christmas. It was amazing they let Affleck near a camera after that run.

Hollywoodland was about the investigation into the suicide of George Reeves (Affleck), the former star of the Superman television series who wound up depressed and dead after his career stalled. Affleck, at that point in his career, could not have been more perfect for the role. He earned a Golden Globe nomination, and it was the beginning of his first career comeback.

Sixteen years later, and after a series of personal — rather than professional — disasters, Affleck once again found a role that feels almost too on-the-nose. In The Way Back, Affleck plays Jack Cunningham, a depressed, alcoholic construction worker separated from his wife, Angela (Janina Gavankar). In this dark period of his life, Bishop Hayes, Jack’s old Catholic high school — where he was a basketball star in the 1990s — calls him in and asks him to coach a team that hasn’t been good since Jack graduated.

Jack begrudgingly agrees, at which point The Way Back successfully grafts a heavy addiction drama onto an underdog sports movie. I won’t spoil it, but there is a sympathetic reason Jack is hitting the bottle so hard. However, I think what may be most remarkable about the movie is that Gavin O’Connor — who is behind two of this century’s best sports movies, Miracle and Warrior — probably could have taken the easy route here and allowed a rousing, crowd-pleasing sports movie to subsume the addiction drama. It probably would have been a more successful film, but it also would have been a less realistic one. Ultimately, The Way Back is not about how basketball saved a man from his addiction; it’s a movie about surviving the relapse. That’s something Ben Affleck seems to know all too well.

Make no mistake, whatever else you want to say about Ben Affleck, he is very good in this movie, perfectly straddling that line between unredeemable f**k up and a guy for whom you still can’t help but root. Ultimately, that’s Affleck’s wheelhouse and what’s allowed him to come back from so many failures, both professional and personal (also, being a good-looking white guy. Actually, mostly being a good-looking white guy).

O’Conner does great work here, but along with Affleck, Rob Simonsen’s score does a lot of the heavy lifting in The Way Back — it is phenomenal and should be given second billing alongside Affleck. The film runs into some of the usual underdog sports movie tropes, but name a good sports movie that’s not littered with broken men and cliche? And who better to portray a broken man than one of Hollywood’s most broken? The Way Back works in part because of Affleck’s great performance, but I won’t deny that Affleck’s own baggage doesn’t add an extra layer here, lifting it from a very good sports movie to a great and at times gutting addiction drama.


← The Miguel Erasure on 'This Is Us' Cannot Stand! | 5 Shows After Dark: 'The Funny Dance Show' Premiere, 'Survivor' on CBS, 'The Magicians' on SyFy →