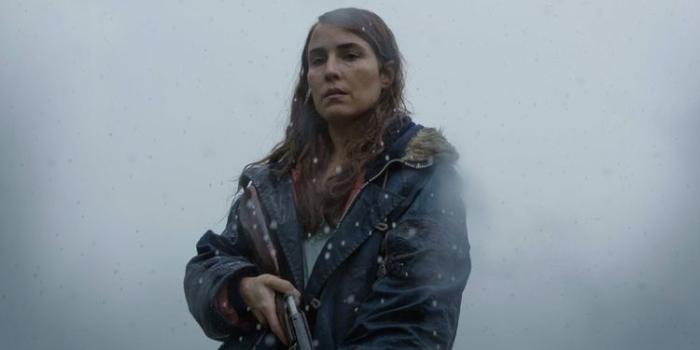 Watch: The Trailer for 'Lamb' Tackles, uh, 'The Dark Mysteries of Human-Animal Relations'

There’s a lot of weird business going on with animals lately. There’s First Cow, Nicolas Cage’s Pig, and now there is another A24 entry, Lamb. It’s an Icelandic supernatural drama from director Valdimar Jóhannsson, which stars Noomi Rapace. The trailer is, well, weird in that slow, First Cow/The Witch kind of way, and it makes some … suggestions.

The film premiered at Cannes, and the one review I read was careful not to reveal the “disturbing” twist, except to say that it doesn’t arrive until the 40-minute mark, and that the film traffics in “the dark mysteries of human-animal relations.” I’m sure your mind will go exactly where mine did, which may be overshooting the “disturbing” twist, or at least I hope so … because the film is also about a couple coping with the grief of a loss.

Watch the trailer and draw your own conclusions.

Lamb will be in theaters on October 8th.