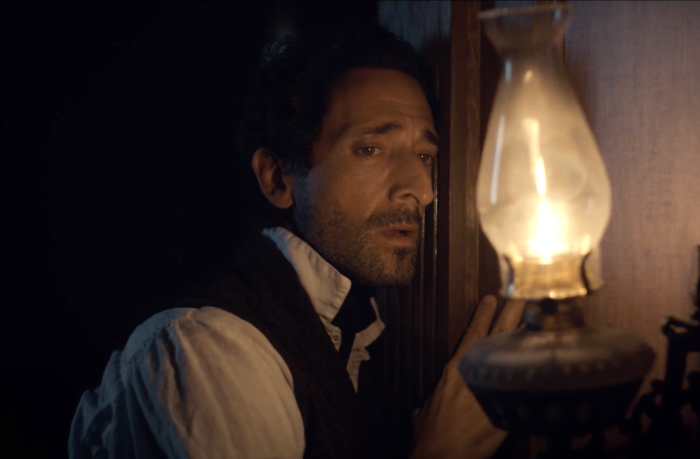 I remain a sucker for Stephen King adaptations, even if most ended up being disappointing. Lisey’s Story was practically unwatchable by the end, which is more than I can say for the adaptation of The Stand, which I couldn’t finish. The Outsider, like the novel upon which it was based, started out great and came in with a soft landing. I did like Castle Rock, but it was not quite a Stephen King adaptation and I thought it could have been better (still bummed we’ll never get to see Jane Levy’s Jackie Torrance story).

The next (of many, many, many Stephen King adaptations in production) is Chapelwaite, which is based on King’s short story “Jerusalem’s Lot.” It’s about Captain Charles Boone, played by Adrian Brody, who relocates his family of three children to his ancestral home in the small, seemingly sleepy town of Preacher’s Corners, Maine after his wife dies at sea. The trailer? It’s, uh, disturbing, especially the first 40 seconds, which is hard to stomach.

Chapelwaite also stars Schitt’s Creek’s Emily Hampshire and premieres on August 22nd on Epix, which is a channel many of you may not realize you are subscribed to, because you forgot about that time you decided to sign up for a free trial to watch that one movie and then forgot to cancel. I hope it was worth it for that Rachel McAdams flick Morning Glory.

← Watch: The Trailer for 'Lamb' Tackles, uh, 'The Dark Mysteries of Human-Animal Relations' | 'What Two Foods Go Really Well Together Even Though Most People Don't Eat Them That Way?' →