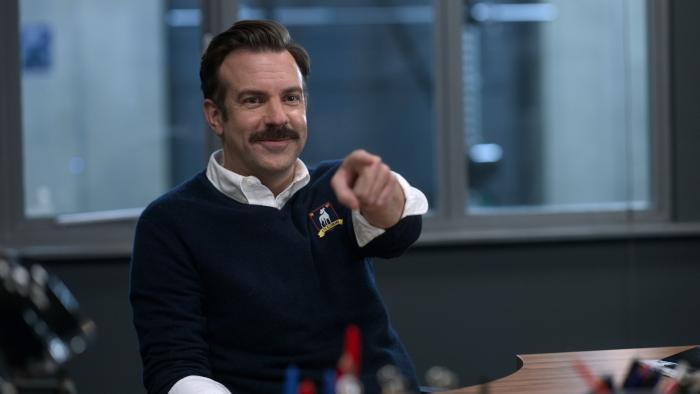 The Many Layers to the Diane Sawyer Joke in 'Ted Lasso'

Those of you who have seen the season premiere of Ted Lasso on Apple TV+ (which is many of you, according to the ratings), may recall this quick exchange in the episode:

[Ted enters Rebecca’s office]
Ted: Howdy, y’all.
Everyone: Ted!
Rebecca (who is making herself a drink): What would you say to a cocktail, Coach Lasso?
Ted: Oh, same thing I’d say to Diane Sawyer if she’d ever ask me out on a date, ‘Yes, please.’

That was the line. So cool to pay homage to Jason’s uncle.

If you’re not familiar with Cheers, a 40-year-old sitcom, let’s just say that Norm was the Kramer of Cheers, for those of you more familiar with a 30-year-old sitcom, and Norm was frequently greeted by excited regulars of the bar. Norm, in turn, would always arrive with a witty retort, see, e.g., this montage of appearances, which take the same format as the Ted Lasso joke:

And if you’re wondering: Diane Sawyer would love to go on that date.

← New 'Ghostbusters: Afterlife" Trailer Is Ready To Believe You | Watch: The Trailer for 'Lamb' Tackles, uh, 'The Dark Mysteries of Human-Animal Relations' →