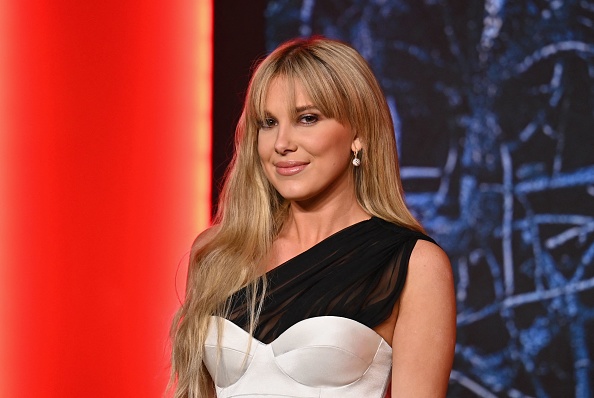 If Tom Cruise is the last real movie star, Millie Bobby Brown is probably the first real streaming star. She is the breakout star of Netflix’s biggest streaming hit, Stranger Things, helped to launch a successful Netflix streaming franchise in Enola Holmes (the second movie is due out later this year), will star in Netflix’s upcoming fantasy adventure, Damsel, and has signed onto the Netflix thriller, The Girls I’ve Been.

Netflix typically pulls stars out of the blockbuster movie world for their pricey feature films. However, homegrown star Millie Bobby Brown is probably the only streaming-era star Netflix would be willing to risk a $200 million film on, especially as the streaming service is allegedly “cutting back” amid its plummeting stock. She is set now to star in The Electric State, which will be directed by Joe and Anthony Russo, whose post-Avengers careers also seem to be Netflix-centered.

Universal wasn’t willing to shell out $200 million for the flick, but Netflix still appears to be brazen with their cash (except when it comes to their in-house writers) and has taken over the project, which is based Simon Stålenhag’s 2018 illustrated novel of the same name.

What’s it about? The logline reads like something conjured up by a Netflix algorithm, via THR:

“The story centers on an orphaned teenager (Brown) who traverses an American West that is reminiscent of a retro-future with a sweet but mysterious robot and an eccentric drifter in search of her younger brother.”

Arguably the biggest star to come out of the MCU, Chris Pratt — who is not “religious” — is reportedly in talks to play the eccentric drifter. The screenplay will come from Christopher Markus and Stephen McFeely, who collaborated with the Russo Brothers on Avengers films and Netflix’s forthcoming Gray Man.

Millie Bobby Brown, Chris Pratt, and the Russo Brothers are all the ingredients an AI needs to produce a surefire hit, so why do I feel like Netflix won’t get its $200 million worth?