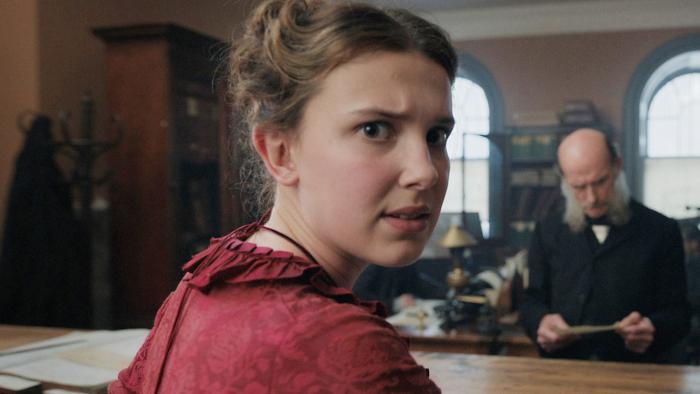 The Best Comfort Movies of 2020

I love award-winning films. I am a big fan of superhero films, and horror movies are my favorite movies to see in theaters. I love a good mystery or spy thriller or hipster indie flick or pretty much any genre of film that does not include Terrence Malick (blech). But really, if I could only watch one kind of film exclusively, it’s always gonna be the comfort film, The Princess Bride or Ferris Bueller, Paddington or Sing Street, the movie you watch on the couch with your date or in a pile with your family. I love a funny, sweet, romantic, or feel-good film with a little bit of formula, a crowd-pleaser that you can rewatch over and over again.

This year, more than any other, we’ve needed those movies. While most of us sought out familiar titles from years past, 2020 still managed to produce several of those comforting, crowd-pleasing, lockdown delights.

Bill & Ted Face the Music — There’s a cozy comfort in seeing the band get back together, both metaphorically and literally. Winter and Reeves have aged more than their characters, yet don’t miss a step when it comes to falling back into the surfer rhythms and signature head nods. When they reunite onscreen with Sadler, it’s electric. The comedy is breezy and unapologetically weird, while being tinged with melancholy. That’s what makes this entry suitably more mature than its predecessors. — Kristy Puchko

Greenland — There’s absolutely nothing original about Greenland — it’s a conventional but solid disaster pic — but the budget ($35 million, a relatively small amount for this kind of movie) forces Ric Roman Waugh to keep the focus on the characters rather than the spectacle of comet fragments lighting up the planet. There is a lot of time spent in the car with various configurations of characters, so there’s more conversation than might be typical of this kind of film, where most of the dialogue is limited to, “Whoa!” and “Damn!” and “Ahhhh!” when things go kablooey. It is a disaster pic, but it often feels more like a family drama, and that is to the credit of Greenland. — Dustin Rowles

Borat Subsequent Moviefilm — Is it good? If you liked the first Borat film, you will like this one. If you didn’t like the first Borat film, you definitely will not like this one. This is a comedy with a lot of “big moments,” although most of them are of the, “You had to be there” variety because it’s impossible to describe the level of comedy and discomfort. There are a lot of, “Oh, shit! This can’t actually be real, can it?” moments, as well as a lot of, “that’s not OK,” and “They don’t actually believe that, do they?” moments. — DR

Enola Holmes — If all you knew Millie Bobby Brown from was her star-making turn as the psychokinetic Eleven in Stranger Things, prepare to be surprised by her next star-making turn in Enola Holmes. Enola is take-charge where Eleven can be hesitant; she is verbose where Eleven can be laconic. Brown is developing a steely core as an actress, a certain self-possessed quality that also served her well in Godzilla: King of the Monsters, and watching her adapt that in Enola Holmes for a role that actually allows her to have fun is a delight … and she carries the surprisingly enjoyable Enola Holmes. — Roxana Hadadi

The Old Guard — The Old Guard has a lot to offer. Rucka wrote a sophisticated story about responsibility, regret, romance, and what we owe each other. Theron and her castmembers brought it to life with performances that demand every inch of their bodies jolt into action and pulse with emotion. Prince-Bythewood guides all of this pathos and spectacle with a confident hand, never giving in to the pull of what the mainstream superhero movies are doing. Through this incredible collaboration, The Old Guard becomes a superhero movie that offers fresh perspectives and unpredictable plotlines with a wallop of passion that’ll hit you right at your core. — KP 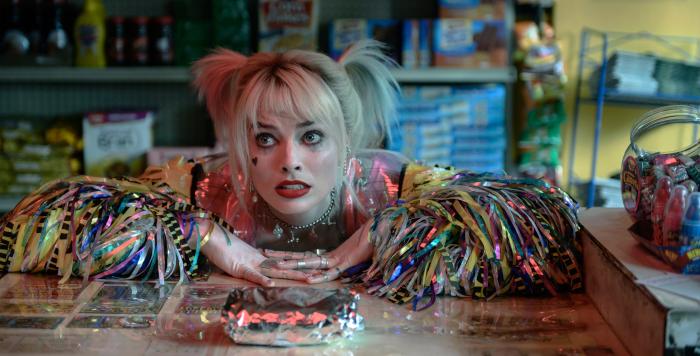 Birds of Prey — Birds of Prey is a downright refreshing entry in the current glut of comic book movies. The movie is a shiny glitter bomb of violence where a talented few team up against a nefarious mastermind, just as you would expect — yet all of that is secondary to the story of Harley getting her groove back … What Birds of Prey really gets right is the difference between codependence and independence. It isn’t a binary or a switch to be flipped. Being broken-hearted isn’t the same as being broken, and being independent doesn’t automatically mean you’re strong. It’s OK to need help. Sometimes in order to stand on our own, we need somebody to help pull us up. Or at the very least a good, greasy egg sandwich. — Tori Preston

Freaky — Vince Vaughn carries a lot of the film on his broad shoulders, the movie exploiting his Voorhees-like stature and his comedic sensibilities and charisma. He acts the hell out of being a teenage girl … Not to be outdone, Kathryn Newton is stellar as the killer. She doesn’t get a ton to do in the teenage girl’s sleeve, but she adopts a hilarious posture and delivers Victor Crowley-like lines through red-painted lips. For a super fun popcorn flick, Freaky does exactly what it sets out to do and delivers exactly what it promises. It’s a good-spirited horror-comedy that throws two of your favorite movies into a blender and pours out a tall glass of Vince Vaughn giggling about Snapchat filters. — Lindsay Traves

Soul — Maybe the most adult and existential of all the Pixar films, Soul is their best effort since 2015’s Inside Out. It is a beautiful film about death, but also about better appreciating life, down to all of its mundane details. Clever, visually gorgeous and featuring an exceptional score from Trent Reznor and Atticus Ross, Soul is a funny, bittersweet balm for our … souls. — DR

Palm Springs — For the first half, Palm Springs offers rollicking fun with a zinging wit and gleeful irreverence, chucking its anti-heroes into awkwardness and literal explosions. However, the second half is where it breaks away from the Groundhog Day model, digging more into the science side of this sci-fi premise while plunging deeper into pathos than its forefather dared. In the end, Palm Springs is a stunner, offering not only the time loop tropes that audiences have come to expect but also some smart surprises along with a heartwarming journey about finding love and getting your sh*t together. It’s an absolute blast. You’ll want to watch it over and over and over. — KP