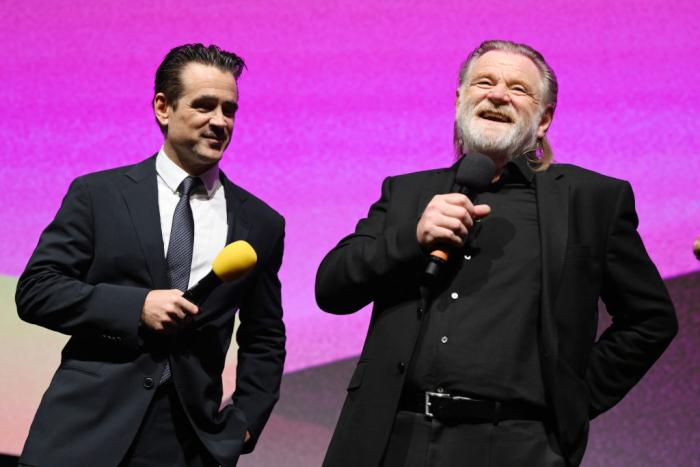 The year is almost at an end, so of course it’s list season! It’s been a fun year for list discourse thanks to the madness surrounding the updated Sight & Sound greatest films of all time, but don’t expect anything near as chaotic as that from us on Pajiba dot com.

2022 had some incredible films. Amid the endless conversations over the death of the theatrical experience, the chaos of the Warner Bros. Discovery merger, and the continued presence of Eddie Redmayne on our screens, there were some brilliant movies to buoy our spirits. Or crush them masterfully. Whatever you sought, whether it was impeccable blockbuster thrills or aching dramatic stings or a piercing insight into the truth of life, there was something for you. Our own list, compiled through our staff’s top ten rankings, is a good example of the variety available.

TEN: ALL THE BEAUTY AND THE BLOODSHED (DIR. LAURA POITRAS 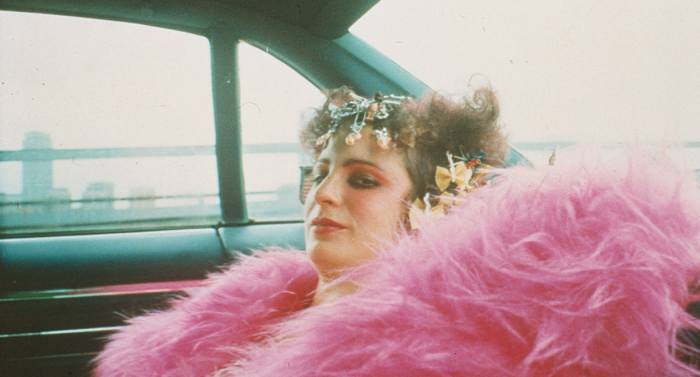 ‘The greatest gift of All the Beauty and the Bloodshed is in how it believes in the necessity of art as a tool for survival. Goldin’s activism against not only the Sacklers but the art market that claims to revere her is a natural extension of her lifelong mission to uplift and protect her own community. Poitras gives us all of this and more, creating not only a stunning portrait of an artist but a call to arms to create, to fight, and to combine the two in as many ways as one can think of. It’ll take one hell of a masterpiece to top this as the best documentary of 2022 so far.’ (Review

‘The ravages of French empire and the hypocrisies of its state need no further documentation here. The country that gave us liberté, égalité, fraternité is also the nation of multiple Le Pens, the hijab ban, and horrific war crimes in Algeria. I’ve already described Athena as filmmaking-as-spectacle. It’s also cinema as agit-pop. A harrowing tragedy that dares to weave into its story a fantasy of righteous justice, letting us briefly glimpse a dream of one those moments in which the oppressed say ‘no more’, and history is suddenly turned upside down. While I do think that the second half of the film doesn’t quite sustain the energy and quality of the first, that’s no damning statement. You need to experience this film.’ (Review)

‘What has always made Park stand out among a crowded field of filmmakers is his near-balletic skills with tone. You can go from guffawing at Hae-joon as he tries to shave while driving to an investigation then be taken in by the growing passion between him and Seo-rae then be stunned by a new revelation in the murder case. Each shift into a new genre, often within seconds of one another, comes with such a naturalness that it makes you wonder if it really is so easy to achieve as a storyteller (it’s SO not.) It feels completely cohesive for those moments of quiet to bookmark set-pieces of astonishing inventiveness, and the biggest one in Decision to Leave, involving a mountain and a deadline, is easily one of Park’s greatest achievements as a director. Just when you think you’re on solid ground, he forces you back into the unexpected.’ (Review)

‘Like its predecessor, Glass Onion is gorgeous and comfortable and will make for cozy background viewing while doing your holiday baking. The first also has this quality but demands much more attention to the details of the mystery. This time, the mystery is straightforward and built on hollow characters and themes, making it even easier to converse during it over a glass of prosecco. Glass Onion (the title ending there in the film’s title card, “A Knives Out Mystery” be damned) is a beautiful-to-look-at feature that is a total gas. There’s a lot of fun to be had while watching gorgeously costumed, loveable actors flutter through a stunning manor, spitting out lines that allow us to laugh at their expense.’ (Review)

‘I loved Prey. Violent, gory, tense, and — apart from the CGI wildlife — beautifully shot, it’s easily the best Predator movie since the original. By stripping the Predator’s story to the bone and adding the friction between Indigenous peoples and European colonizers, Dan Trachtenberg creates a taut story of hunter vs. hunter vs. hunter. It’s very effective, and I’d love to see similar stories set in other pre-industrial cultures worldwide. Who doesn’t want to watch the Predator stalk Polynesian sailors from island to island, or take on armored knights from medieval England? The possibilities are endless!’ (Review)

‘It’s been sixteen entire damn years since Todd Field last made a movie with the sexy suburban hellfire that was Little Children, and that was only his second motion-picture, following the debut revelation that was his film In the Bedroom five years earlier. Before that Field was known as an actor, and it feels crucial to me that one of his final acting roles before turning director was in Stanley Kubrick’s Eyes Wide Shut, as the scale of Field’s superlative attention to detail feels truly of a piece and a kinship with that master filmmaker. Tár I think will stand shoulder to shoulder with any of the best that Kubrick made. Here’s to taking your time and getting it so right that it becomes the definition.’ (Review)

‘The aerial scenes are harrowing, from Maverick’s first renegade scramjet test flight to its thrilling finale as he leads his young students across enemy lines into some truly astonishing aerial combat. It’s wild and explosive and fun as hell. And all throughout, the film is peppered with just enough nods to its predecessor to keep you smiling, without leaning too heavily on nostalgia. Instead, those nods — and in some cases updates (the inevitable sweaty beach sporting contest was perfectly done) — simply add to the film’s charm.’ (Review)

‘After Yang is the kind of science fiction that uses a not-so-distant future to suspend just enough disbelief to allow us to explore complicated concepts through the lens of fantasy technology. It takes something so simple — your robot big brother broke — and parlays it into a metaphor for various human experiences. After blending the human capability of memory with the photographic recreations of a robot, it ends with a simple whistling of a song that reminds us that memories are like a legacy that allow someone to live forever within us.’ (Review)

‘Nope feels at once in step with what we’ve seen of Peele as a director thus far and also intriguingly different. Like many of the most commercially accessible auteurs of the screen, one of Peele’s keenest talents is his knack for familiar-with-a-twist; for mixing and matching a smorgasbord of references without feeling derivative. Nope represents easily the most ambitious and eclectic mix of influences yet for Peele.’ (Review)

ONE: THE BANSHEES OF INISHERIN (DIR. MARTIN MCDONAGH)

‘Like its predecessors, The Banshees of Inisherin is snappy and quick. McDonagh’s dialogue comes with a built-in rhythm, and his actors are experts at dancing to it. Farrell specifically shines in his ability to use his eyebrows, his shrugs, and his toggles between sing-songy tones and whispers to keep the dance of the dialogue going. Barry Keoghan as Dominic is a worthy addition to the canon, playfully delivering his lines in ways screaming to be included in trailers. While not as riotously funny as his other works, this quieter and more subdued story still comes with laughs, and also tears born of both pain and catharsis. Farrell and Gleeson expertly use their subtle expressions to portray despair, quiet rage, and perplexed longing all through repeated instances of giving and declining invitations for a pint.’ (Review)