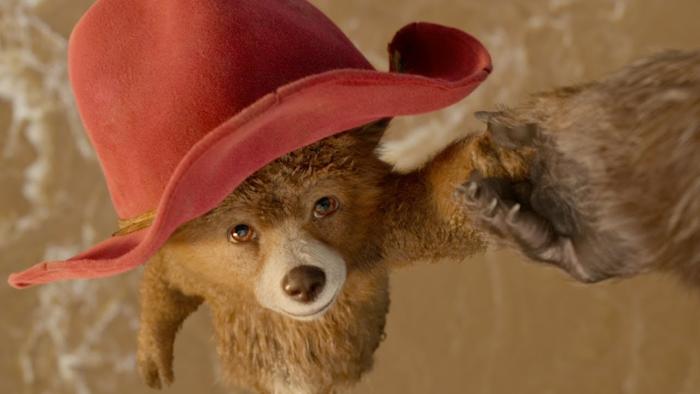 Paddington 3 is on the horizon and it can’t come quickly enough for our liking. Few family film franchises have wholly delighted us quite like the live-action adaptation of Michael Bond’s iconic tale of a Peruvian immigrant who changes the world through kindness. The two installments of this award-winning series have also provided us with some top-notch villains. Who would have thought that Hugh Grant would give the best performance of his career in a Paddington movie? When Nicole Kidman signed onto that first film, a lot of people rolled their eyes and saw it as a step down for the celebrated star, but then she was kind of awesome. So, of course, we must ask ourselves who shall be the next beloved actor to step into those big evil shoes. I’ve compiled a list of some of my personal choices for the role, but make sure to share your picks in the comments below. And be polite about it, like Paddington would want you to.

I’m gonna be honest here. This post mostly exists so I can make my case for Jared Harris landing the top gig. Look, we made John Cho as Spike Spiegel happen and I need something to do in-between my ‘cast Dev Patel as James Bond, you cowards’ posting. But come on, isn’t he perfect for it? He already sounds like he should be menacing Peruvian bears on the regular. He could go full Moriarty again or ham it up to the nines, depending on the tone. There could even be a scene where he methodically details where his dastardly plan went wrong, and it would be Oscar-worthy! Plus, Jared’s dad sang ‘MacArthur Park’ so maybe we can end the movie with him doing a big splashy musical tribute in the style of Phoenix Buchanan’s Sondheim prison show? You can have these ideas for free!

One of my favorite things from film in 2021 so far has been the nasty b*tch of a movie that is I Care a Lot. Rosamund Pike is deliciously evil, sucking on her vape pen as she callously ruins people’s lives and gets it on with Eiza Gonzalez. Pike has always had a wonderfully flinty quality, but in I Care a Lot, she gets to take it to the nth degree, and it is delicious. Let her be the femme fatale of Paddington 3, a cross between Barbara Stanwyck and a snotty poodle. She’ll look incredible, be gloriously loathsome, and watching Paddington defeat her with a cheerful heart and strident belief in kindness will never be so satisfying.

Post-Harry Potter, Daniel Radcliffe has basically decided to do whatever the hell he feels like, whether it’s diverse stage work, indie dramas, rom-com, or farting corpse buddy movies. He’s an actor who’s grown in leaps and bounds since his child star days and he’s also someone who clearly relishes every new opportunity he gets. His comic timing is strong too, as evidenced by appearances on Saturday Night Live. Perhaps he could be the rich London bro who wants to turn Paddington’s marmalade into a corporate enterprise, stripping it of all its sugary goodness. All that and he can dance too.

Olivia Colman can do anything. No joke, no hyperbole — ANYTHING! There’s a reason she probably has an entire room in her house dedicated to every award she’s won. Only Colman could be so talented and charismatic to win an Oscar over Glenn Close and have people not even be mad at her about it. She could bring such RANGE to her Paddington villainy, from stoicism and tears to straight-up weird comedy and pratfalls. Imagine Fleabag’s step-mum as Paddington’s nemesis. You’re booing already.

We know that Mary Poppins herself is a fan of the animals, from singing cartoon cows to almighty sea-creatures of the deepest depths of the ocean. Frankly, we miss seeing her on our screens. Hearing her as the delightfully shady Lady Whistledown on Bridgerton just isn’t enough. Andrews can be the dowager countess who wants that bear because screw it, she’s rich and she can have whatever she wants. There will be lavish costumes and big hats and lots of barking dogs who Paddington will love even as they try to bite him. Think of the iconic British comedians who could play her bumbling footmen. Speaking of…

Matt Berry is a treasure. Nobody in British comedy has a voice like his or the ability to pronounce words as bizarrely as he does. He’s basically our Moira Rose. Just think of the sheer plethora of ways he will say the words ‘Paddington Bear.’ He could be the former acting partner of Phoenix Buchanan, the downtrodden understudy who now has his moment in the spotlight and goshdarnit, he is not going to waste it. He could still be a vampire too, if the occasion calls for it.

Clement knows a thing or two about villainy. Whenever he has the opportunity to do his David Bowie-slash-Tim Curry voice, you know you’re in for a good time. Clement is excellent at skirting the line of camp and pulling back to revel in more dastardly enterprises. He’ll also definitely contribute at least one musical number, either with his fellow Conchord Bret McKenzie or some of his Wellington vampire crew. Leave him to do his dark bidding on the internet, Paddington!

Maya Rudolph understands something crucial about comedy: when in doubt, be bonkers. It doesn’t matter who she’s playing or the circumstances her characters find themselves in: they will be stranger than strange and every word that leaves her mouth will make us laugh hysterically. I’m not sure we’d ever get away with her going full Hormone Monstress in a Paddington movie but maybe she can still bring some of that lascivious surrealness to the role. Look, if Paul Thomas Anderson won’t give her that Oscar-winning role then drastic measures must be taken.

Some of us are still salty that Richard E. Grant didn’t win the Oscar for Can You Ever Forgive Me, but do you know what would be the ideal consolation prize? Paddington 3. Grant is a consummate professional who is such a good fit for the Paddington extended universe that I’m genuinely surprised he hasn’t turned up in one of these films yet. Never mind, because now he’s free for his starring moment. Maybe he can return to his Withnail roots, albeit for a PG crowd, or just revel in his classy weirdness. Give him a Barbra Streisand number to sing and I guarantee he’ll be on set before the ink on his contract is even dry.