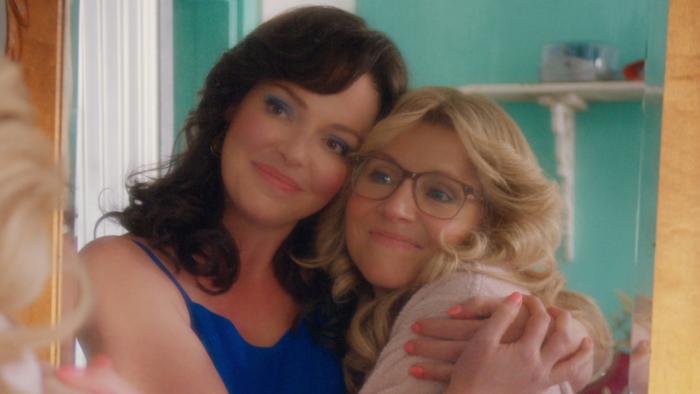 Netflix’s Firefly Lane, which leans into the talents of its two stars — the awkward, adorableness of Sarah Chalke, and the petty-but-irresistibly likable Katherine Heigl — is one of the most annoyingly, frustratingly watchable series I’ve seen in recent times. It’s one of those shows, like Netflix’s Lost in Space or The Politician, that is neither particularly good nor particularly interesting, but it is really easy to watch. It’s like a cheap Prosecco — it doesn’t taste good, and it doesn’t get me drunk, but the bubbles feel good and I can’t stop drinking it.

I drank ten episodes of Firefly Lane in two days, and I felt nothing, but if you put another ten episodes in front of me, I’d probably continue mindlessly shoveling it into my eyes. It’s not so much that you turn off your brain to watch the series, it’s that Firefly Lane kind of leans against the off-switch on your brain and falls asleep. You’re still aware enough to realize you have drool spooling down your chin, but in no way motivated to wipe it away.

Firefly Lane centers on Kate (Chalke) and Tully (Heigl), best friends since childhood. The storytelling is like that of This Is Us, where each episode tracks Kate and Tully’s relationship during various periods in their lives, from their teenage years into their early 40s. There are a lot of bad costumes, bad wigs, and a lot of soft-focus camera work and CGI on Heigl and Chalke, who play both the college-aged version of their characters, and their older versions with kids and husbands and successful (or not so successful) careers (they do not, thankfully, play their teenage versions).

Kate is a book-ish outcast with a solid family life, while Tully is conventionally attractive and outgoing, but her drug-addicted mom is a mess. When Kate consoles Tully after a sexual assault when she’s 15, the two forge a lifelong bond, attend college together, and decide to pursue similar career paths in journalism. Kate is the writer/producer, while Tully is the on-air talent, and they both have a thing for Johnny Ryan (Ben Lawson), their boss at a local TV station in their early 20s.

In the future, however, Johnny is Tully’s producer on a popular afternoon talk show, while he and Kate have a daughter, but are going through a divorce. In the past, we see how Johnny and Tully develop romantically, while in the future, we see their relationship fall apart. Conversely, Tully’s past is full of men with whom she cannot commit, while her future centers on a younger man with whom she gives commitment a try. Meanwhile, the story occasionally flashes ahead two years to a funeral, although the identity of the deceased is left a mystery for most of the season. In that same timeline, Johnny is a reporter in Iraq.

It’s all very soapy, and Lifetime-y, and none of it is particularly well written, but somehow Chalke and Heigl rise above it. It’s not that they turn in particularly strong acting performances, either; it’s more that our relationships with them have been informed by two decades of television (and movie) work, so hanging out with them feels familiar and comfortable.

On the other hand, the cliffhanger ending — the one that screams, I dare you to cancel us, Netflix — is very, very dumb, leaving us to wonder why Tully and Kate have a falling out in the future, in addition to leaving the fate of a character hanging in the balance. It would be extremely frustrating if we really cared, but the advantage of a show as thoroughly mediocre as Firefly Lane is that we can’t really be bothered. That’s really the best that can be said for the series as a whole. It’s the kind of show that no one seeks out, but also a show that you wouldn’t necessarily turn off if you were alone in a room where it was playing. You could easily get sucked in, but just as easily forget about it during your first bathroom break. In other words, it’s a great show to watch, if you’ve already seen everything that’s good.

← The Baffling Ending and Religious Dogmatism of CBS All Access's 'The Stand' | Our 'Paddington 3' Villain Dream Casting! → 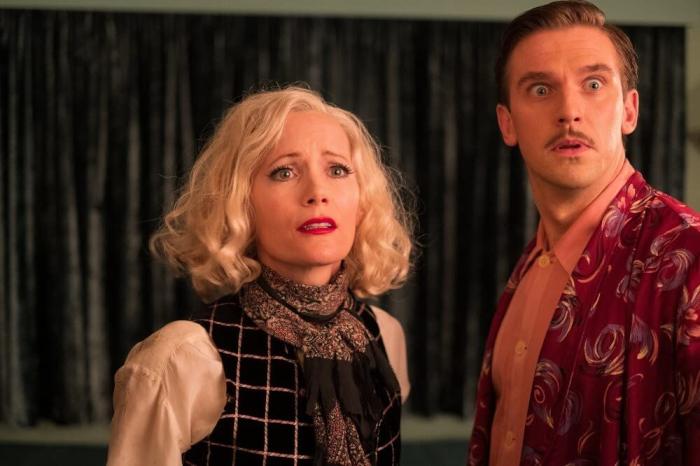