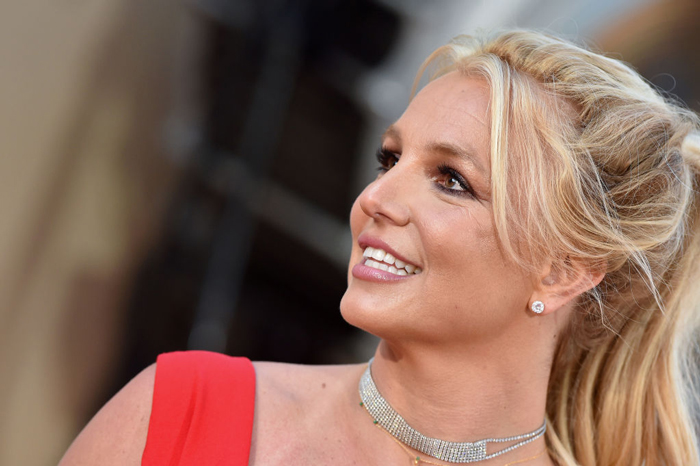 Hot on the heels of Hulu’s hit Britney Spears doc, Netflix has announced an upcoming documentary about the embattled pop icon. Already, this announcement has drawn ire with some on social media calling this “exploitation.” However, this second doc could be great news for Spears and all those who are team Free Britney.

ICYMI: The New York Times Presents: Framing Britney is a 74-minute doc that revisits the meteoric rise, national slut-shaming, and ongoing conservatorship case of Britney Spears. Director Samantha Stark succinctly lays out a timeline that reminds us of how Spears rose to prominence and immediately was audaciously condemned for any form of sexuality in her work. Vintage interviews with major media outlets put her on trial not only for wearing skimpy clothes but also for daring to break up with Justin Timberlake, who launched his solo career with a shady single that essentially declared Spears a vicious vamp. The episode also shows horrifying paparazzi footage, in which Spears says she is scared by the press of people closing in on her. Then, these images are played as background to interviews in which one such paparazzo and the tabloid editor, who encouraged such practices, defend their turning an ambitious woman into prey. (They are the Dick Carlsons of the doc.)

Like The Lady and the Dale or many an episode of You’re Wrong About, Framing Britney invites audiences to re-evaluate a maligned woman by recognizing societal prejudices that shaped her story/condemnation. Stark does a fine job with this. Then, she dives into the conservatorship battle that began more than 12 years ago. Alongside experts weighing in on the legal issues involved, the doc also gives a platform to Britney’s Gram podcasters, who believe Spears has been sending coded messages out to the public through her social media posts.

Stark personalizes the Free Britney movement by representing it not as a wild conspiracy theory or a frenzied fandom, but by weaving in the personal stories of fans who see their own trauma reflected in what they feel Spears is going through. This is emotionally resonant. However, critics note these speculations are given the weight of the New York Times without proper vetting to see what alleged codes check out. Is Spears sending messages with emojis and dance vids? There’s no real way to say because of the biggest omission of this doc: It has no new interviews with Britney or anyone in her family. Neither did the doc get access to the courtroom as the conservatorship was being debated. Without either, Framing Britney is on the outside looking in with the impassioned fans, who are picketing with masks that read “Free Britney.” It leaves Stark having interviewees reading court transcripts and speculating from there what this has to say about Spears now.

At the end of Framing Britney, a title card reads:

The following people or their representatives did not respond to or declined requests to be interviewed on camera:

This is Britney Spears’ father, mother, sister, brother, attorneys, and ex-manager. Then, a second card reads:

The New York Times attempted to reach Britney Spears directly to request her participation in this project.

It is unclear if she received the requests.

Stark’s Spears doc has done a lot of good, raising fresh awareness to this story and reframing the pop princess for a more feminist, more sex-positive time. However, the full story wasn’t able to be told in 74 minutes, in no small part because even The New York Times couldn’t get in touch with Britney Spears. Already, the conservatorship case has had updates. Renewed interest in Spears might make her aware of how perception has shifted not just in the public but in the press. Maybe she’d be more inclined to an interview now. Maybe a national news story on the intended doc would mean such a request couldn’t be kept from her. And maybe Netflix bringing a major talent to their doc might tip the scales.

Set to helm the untitled Netflix doc, Erin Lee Carr is a documentarian known for her work in true-crime. More specifically, she tends to take the cases that made for outrageous headlines then digs to the flawed humans at their center. She’s made docs about the Cannibal Cop, the infamous Gypsey Rose Blanchard, and the teen girl who was accused of engineering her boyfriend’s suicide via cellphone. When reviewing her last Netflix offering, How To Fix A Drug Scandal, I wrote:

A staple of Carr’s work is that she refuses to paint her subjects in the black-and-white terms of heroes and villains. In the cannibal cop doc, she aimed to understand what might push a family man to while away his nights in chat rooms talking about the most horrific stuff imaginable. Mommy Dead and Dearest exposes the life-long history of abuse Gypsey suffered at the hands of her deceitful mother and how that led to assisted matricide. I Love You, Now Die gives Carter’s story the You’re Wrong About treatment, first exhibiting how the prosecution and the press covered the case, then diving into the defense.

What does this mean for Britney Spears? Well, if Carr can urge an audience to understand the perspectives of these people, who were vilified for dark fantasies, murder plots, and worse, I’m pretty sure she’d have a humane take on a twenty-something woman who became America’s favorite punchline. Plus, Carr’s experience in court research might allow for more in-depth insights into the legality of the conservatorship and how its intentions might be corrupted in the Spears case. That’s something Stark’s doc scratched at in its lean runtime, but there’s likely much more we could learn. Carr’s reputation might make in-roads Stark wasn’t able to, in part because of the conversation Stark has kicked off.

Consider the two Fyre Fest docs that dropped in 2019. First, Netflix lifted the review embargo on FYRE: The Greatest Party That Never Happened. Within the week, Hulu not only announced Fyre Fraud but also debuted it on the rival streaming service. The two films covered a lot of the same terrain from Instagram influencers to the cheese sandwich seen ‘round the world, but only one featured an interview with Fyre Fest’s father, con artist Billy McFarland. It didn’t make it the superior doc, but it did make the dueling docs feel in conversation with each other. What was the truth of Fyre Fest was no longer defined by one filmmaker or even two, because now streaming audiences could easily compare both films to determine what checks out for them.

In this way, Carr’s doc could build from what Stark has begun. Their films need not be rivals. They could be sisters in telling the complicated and still not fully unfurled story of Britney Spears. Right now, we don’t know how far into her Spears doc Carr is. There’s no ETA on completion or release. All we know is it’s been in the works. Hopefully, time will be on Carr’s side so that on this go-‘round Spears will have the chance to speak for herself. Not through vintage news clips, song lyrics, or Insta posts, but in an interview setting where she feels safe and ready to share her perspective, free of slut-shaming questions, secret codes, and conservatorship constraints. Maybe another doc could free Britney in the way only a masterful interviewer can.