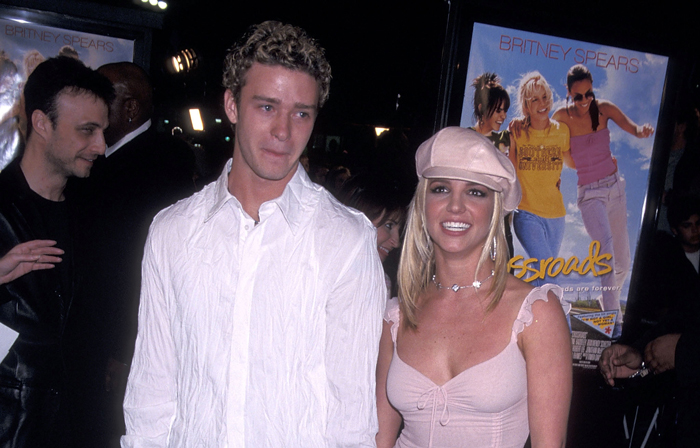 Justin Timberlake Apologizes To Britney Spears And Janet Jackson, Not Personally But On Instagram

Justin Timberlake is facing renewed scrutiny thanks to a new documentary on Britney Spears. So now, he’s issuing an apology for his bad behavior to his ultra-famous ex-girlfriend as well as Janet Jackson, whom he threw under the bus over their scandalous 2004 Super Bowl performance.

For context, The New York Times Presents: Framing Britney reminded audiences how shady Timberlake behaved following his break-up with Spears in 2002. Specifically, he bragged on a radio talk show about having sex with Spears, who’d told the press she was virgin. (That her virginity or lack thereof was never any of our business is a topic for another time.) More damning, he suggested that they broke up because she cheated on him. He did so with the music video for “Cry Me A River,” which featured a Britney doppelganger as lyrics painted Timberlake as the victim of a promiscuous cheat.

Now on Hulu, the doc brought a flood of social media responses Timberlake’s way. This outrage renewed discussion over how Timberlake allowed Jackson to shoulder the blame for the reveal of her nipple in the Super Bowl XXXVIII halftime show, where TIMBERLAKE pulled at her costume during the lyric, “gonna have you naked by the end of this song.” He revealed her breast. She endured a brutal backlash, and he bye-bye-byed away like he had nothing to do with it.

For more on this, we recommend You’re Wrong About’s episode on “The Wardrobe Malfunction.” For info on how Timberlake was also sh*tty to Jessica Simpson, we recommend the podcast’s book club arc on her autobiography.

Timberlake admits he “fell short” and benefitted from institutional racism and misogyny that gleefully slut shames women at the slightest opportunity. He writes, “I specifically want to apologize to Britney Spears and Janet Jackson both individually, because I care for and respect these women and know I failed.”

He does not get into the specifics of how he failed. He does not speak to what his actions did to those women and their careers. He does say he wants to apologize “individually” in a public post where he does not tag Spears or Jackson. Instead, he offers a single sentence saying sorry to both the woman he dated for three years then betrayed to draw attention to his new single, and the established music icon with whom he collaborated in a major TV moment then left hanging when it drew ire. These offenses are both awful, yet Timberlake seems to think they don’t merit anything more than one combo My Bad!

Then, Timberlake suggests he’s a victim too! All that privilege he experiences as a handsome, white, famous male means he was ignorant to all the prejudice these women face. How was he to know how a press that endlessly shamed his girlfriend of three years for every outfit she wore would be so cruel when he implied she was a deceitful tramp!? How was he expected to defend his colleague when she was under attack for a display of nudity he had a LITERAL HAND IN!?

Poor Justin, he has “not been perfect.” And he promises he will “take accountability for his missteps” without actually suggesting in any way how he will do that. He says, “I can do better and I will do better.”

Today, he will get a lot of headlines that declare JUSTIN TIMBERLAKE APOLOGIZES. For many that may be the end of this story. Props to his PR team; this could have gone way worse. Still, this Instagram post is vague and full of fluffy feel-good vibes without any actual acknowledgment of what harm he did or how he intends to do better. An apology alone is not enough.

In short, cry me a river, Justin.