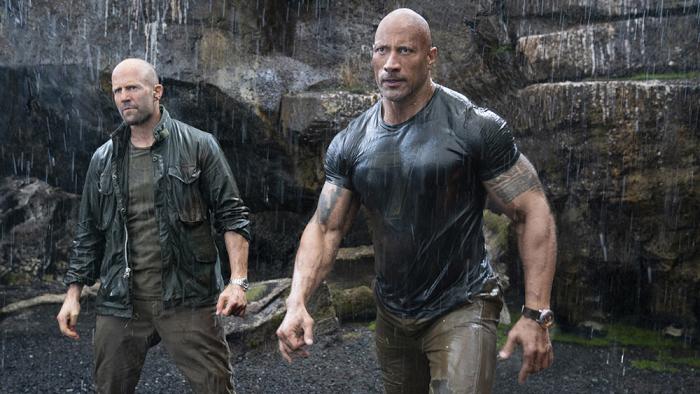 'It Chapter 2' Wins the Box Office, but The Rock Has Bragging Rights Over 'Candy Asses'

Kayleigh is in Toronto this week covering TIFF, so the weekly box office has been left to me. There was only one new release, IT Chapter 2, and it easily took the box office crown, earning $91 million. That’s $32 million short of the opening weekend for the original IT, but the $91 million take is still enough to propel the Stephen King adaptation to the second-best opening ever in September and the second-best opening for a horror movie, behind IT Chapter 1 in both cases. Meanwhile, it’s also more than doubled that gross with overseas box office, racking up $185 million worldwide, all on roughly a $70 million budget.

There wasn’t much of a box office to speak of beyond IT Chapter 2. In fact, the rest of the top ten just barely broke $30 million combined, led by Angel Has Fallen, which added $6 million to bring its total to $53 million. Like a certain stand-up special, Fallen is one of those movies beloved by audiences but not so much by critics. 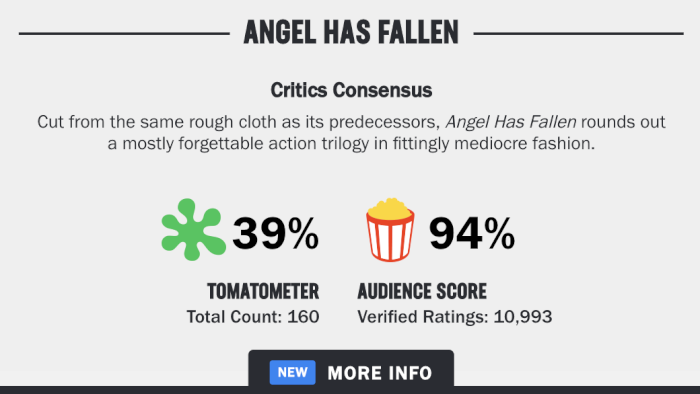 That is one of the biggest discrepancies I’ve ever seen between a critic’s score and an audience score.

There’s honestly not that much else to report in this weekend’s box office, unless you move down a few spots to number six, Fast & Furious Presents: Hobbs & Shaw, which earned $3.7 million in its sixth week to bring its domestic total to $164 million. However, Hobbs & Shaw also passed the $700 million mark worldwide, making it the highest-grossing non-Disney movie of 2019, so far.

Dwayne Johnson took to Twitter to advertise the worldwide box-office victory, while also not-so-subtly throwing shade at Candy Asses, a reference to either Tyrese Gibson or Vin Diesel or both, with whom Johnson had beef after the last Fast & Furious movie. Johnson famously took issue with Gibson after Gibson called him out for ditching the Fast & Furious franchise for a spin-off, but many believe that he left because of Vin Diesel’s alleged behavior on set.