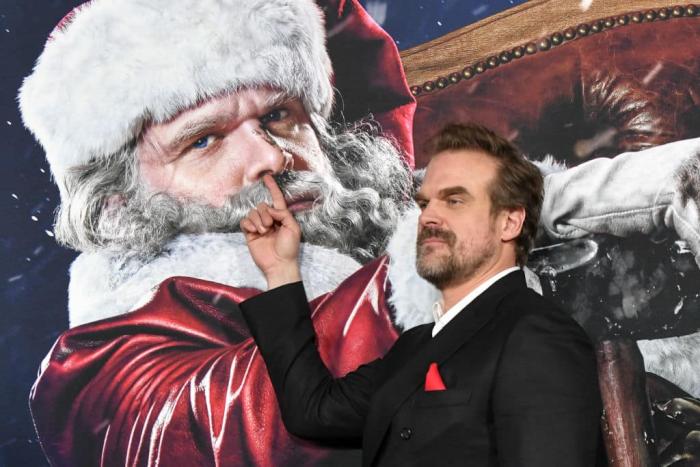 Box Office Report: All Wakanda for Christmas Is You

Welcome to the final month of the year. Oh dear lord, how did 2022 happen so quickly? The passage of time leaves behind nobody and makes fools of us all. This December isn’t going to be full of a lot of heavy hitters in terms of commercial viability. Yes, we’re all waiting to see if James Cameron can make the second Avatar film happen, but there are no Star Wars titles, no big DC or Marvel releases. We’ll get some Oscar titles but frankly, none of the most hotly hyped films have been doing gangbusters at the box office.

So, for now, Black Panther: Wakanda Forever has control of the top ten. Even as its gross dropped 61% from the previous weekend, it held onto the top spot. Its domestic gross now totals over $393.7 million. Worldwide, it has a healthy $733,024,077. A billion-dollar gross doesn’t seem impossible, which would comfortably make it one of the biggest films of 2022. Not Top Gun: Maverick big but nothing else is.

Marvel managed to beat Violent Night, the murdery Santa film, which opened at number two with $13.3 million from 3,682 theaters. Its budget is about $20 million and it’s already grossed that worldwide so hey, here’s a future VOD seasonal favorite ready to go.

I Heard the Bells, a Christian festive film about the guy who wrote the carol of the same name, landed at number six with $1,817,446 from 955 theaters. Tis the season.

Top Gun: Maverick was re-released into over 1,800 theaters, because I suppose it didn’t make enough money the first 20 or so weeks it was in cinemas. It brought in an extra $700,000 from IMAX screenings, but it won’t be long until it gets a home release.

In limited release news: The delightfully titled anime The Quintessential Quintuplets Movie grossed $502,000 from 910 theaters; the gay romantic drama Spoiler Alert made $85,000 from six locations; Tilda Swinton and Tilda Swinton’s The Eternal Daughter earned $33,657 from 29 cinemas; and the South Korean action film Decibel made $24,550 from 21 theaters.

This coming week sees the release of Sam Mendes’ Empire of Light and Brendan Fraser’s The Whale.


← T.J. Holmes Reportedly Had Another 'GMA' Affair Before Amy Robach | HBO's Full Length 'The Last Of Us' Trailer Is Spellbinding →