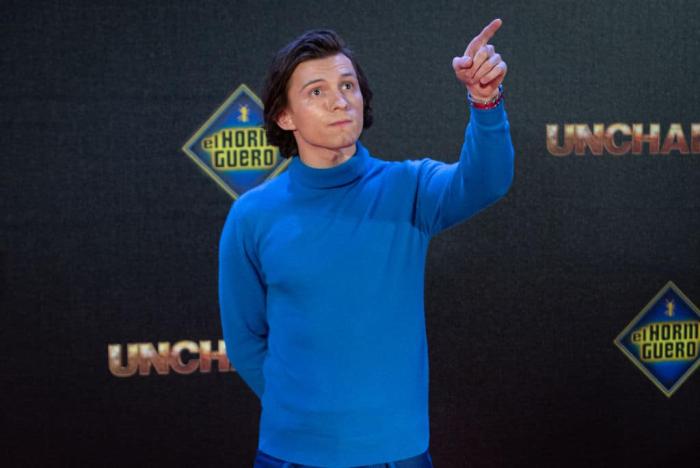 It was a quiet week. Too quiet, some would say. As if a foreboding bat-shaped shadow was on the horizon and everyone in Hollywood realized that it would be best to leave the path clear for his domination. You can’t argue with eye make-up that serious.

So, we didn’t get much in terms of major releases, certainly nothing that would come close to toppling Uncharted, last week’s big winner. That one is still at number one, with a 47% drop from the previous weekend that brings its total domestic numbers to just over $83.3 million. Tom Holland will be pleased with those grosses, especially as the movie has over $226 million in the bank worldwide.

Channing Tatum and Dog also did respectably in their second week of release, with just a 32% drop from last week and an extra $10.1 million to its name. Dog already made back its small budget in its opening week, so don’t be surprised if Tatum gets offers to make bigger movies in the future, should he so desire.

Spider-Man: No Way Home is still pulling in numbers after 11 weeks in cinemas. It’s extremely close to hitting $780 million domestically. It’s already the third highest-grossing film in U.S. history, but it seems unlikely it’ll jump to second since that place is currently held by Avengers: Endgame and an initial gross of *deep breath* $858,373,000. And the top spot is Star Wars: The Force Awakens with *deeper breath* $936,662,225. Phew!

Dave Grohl’s horror-comedy Studio 666 debuts at number eight with $1.58 million from 2,306 theaters, while Peter Dinklage’s musical romance Cyrano is one spot below with $1.4 million from 797 theaters. I must admit that I’m confused by United Artists’ release strategy for Cyrano. It feels like a film that should have ridden that early festival buzz to a late 2021 release that would have, at the very least, allowed Dinklage to build up some much-deserved Oscar buzz. As is, it feels like the movie is now being dumped after landing one mere nod. I didn’t love the film but it shouldn’t have been tough to sell to the masses.

For Oscar completionists, the compiled live-action short nominees aired in 355 cinemas and made $402,200. It’s almost as if making stuff like this accessible means that audiences will go to see it. Seriously, Academy, don’t bloody cut eight categories out of the live ceremony.

This coming week sees the release of The Batman. Prepare accordingly.


← Jason Momoa and Lisa Bonet Are Reportedly Back Together | The Invasion Will Not Be Televised: Social Media Covers Russia's War →