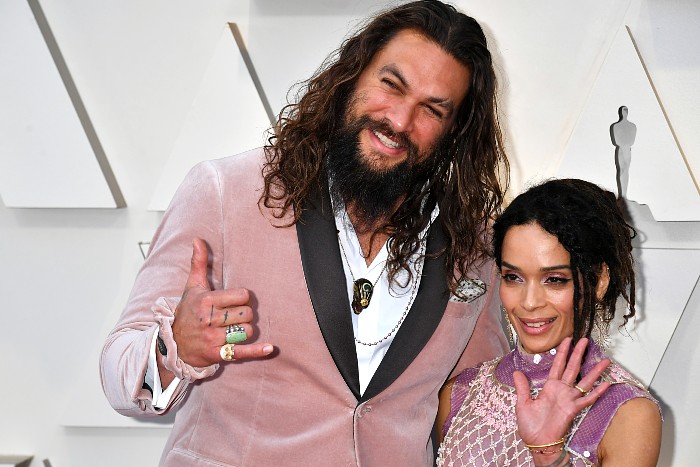 Jason Momoa and Lisa Bonet Are Reportedly Back Together

After announcing their separation in January, Jason Momoa and Lisa Bonet have reportedly worked things out to the point where he’s already back in the house. My condolences to everyone hoping to have a crack at either one of them. h/t Roxana. (Hollywood Life)

There is now a second Chippendales murder project in the form of a Hulu series called Immigrant starring Kumail Nanjiani. (Lainey Gossip)

DNA evidence has cleared Hank the Tank in some Lake Tahoe burglaries. Hank has received a pardon, and other bear burglars have been implicated in some of the break-ins.https://t.co/P3m3crfZWe

From the handsome, vivacious, and humble BlackRabbit: Furries are leading the war against a book-banning Mississippi mayor. (Vice)

AnnaLynne McCord defends her weird-ass Putin poem because — get ready for a 100% real quote — “I know how I could easily have moved in the direction of becoming a dictator myself.” (BuzzFeed)

From Claude: Ke Huy Quan talks about his long break from acting and how Michelle Yeoh inspired his return in Everything Everywhere All At Once. (EW)

Texans are fleeing the state in droves to get abortions. (Jezebel)

The historical truth about women burned at the stake in America? Most were Black. (WaPo)

1000Oysters stumbled across the 99% Invisible podcast while looking for something to remind her that people aren’t completely terrible. The podcast led her to the book by Roman Mars and Kurt Kohllstedt. "Reading The 99% Invisible City made me miss travel and museums and, to a lesser extent, other people." What helps you remember not everything is terrible? (Cannonball Read 14)

And another shout-out to Roxana for not only locking down tonight’s Pajiba Love headline but also sharing this pure mind-melting adorableness: