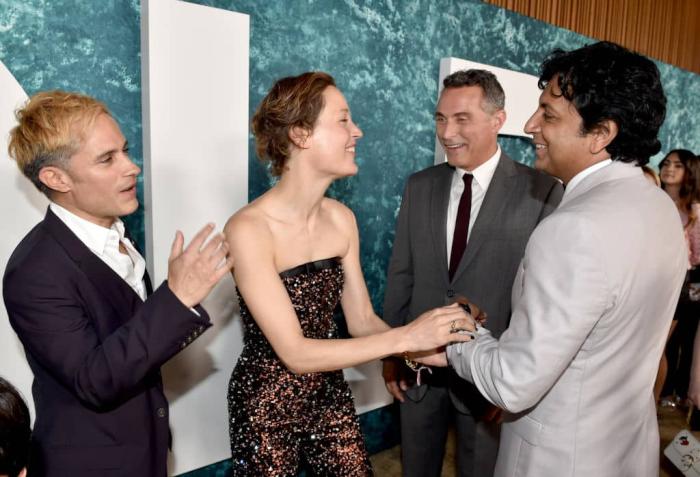 As the box office returns to ‘normal,’ we once again see those big brands and familiar IPs front and center. It’s all about the sequels, franchises, and relatively familiar names that can be milked into oblivion. This week, we had that content but not in the way you may have expected. A new G.I. Joe movie, Snake Eyes, faced up against Old, which is technically a comic book adaptation but not sold as such. Its brand power comes from its director, M. Night Shyamalan.

For all of the crap the filmmaker has had thrown at him over the past two decades, it’s still exciting to see how a director can make hit after hit, usually with original stories and the sort of mid-budget productions that we’re seeing less of in the franchise era. Old grossed $16.5 million from 3,355 theaters, and with the $6.5 million brought in from international grosses, the movie has already made back its $18 million budget, which Shyamalan financed himself. This is technically his lowest wide opening, which still feels impressive given the pandemic-era changes. It’s also the first non-sequel to top the domestic box office since Guy Ritchie’s Wrath of Man in early May.

At number two is Snake Eyes, which made $13.35 million from 3,521 theaters. That’s a fraction of the $54.7 million that G.I. Joe: The Rise of Cobra made in 2009 but nobody was expecting a repeat of those numbers. Snake Eyes had a much smaller budget and a less star-filled cast, and as a Paramount title, it will eventually drop on their streaming service in a few weeks.

What will be worth looking out for with both of these films is how they perform in their second week of release. COVID-19 has certainly impacted audiences’ desires to rewatch films in theaters, especially if a streaming option is available (although neither Old nor Snake Eyes has one right now.) Check out the 69.2% drop in week two from space Jam: A New Legacy, a number sharp enough to see the film drop below Black Widow to number four.

F9 saw its worldwide gross pass $600 million, making it the first non-Chinese film of 2021 to do so. Vin Diesel’s touching ode to family is currently the third highest-grossing movie of the year, although it’s still a big chunk of change away from the $848 million made by the juggernaut that is Hi, Mom.

Debuting at number 11 is Joe Bell, Marky Mark’s attempt at a touching indie drama, which didn’t exactly set the box office alight. After a middling premiere at TIFF last year, Roadside Attractions put it in just over 1,000 theaters and it made $707,185. Eh.