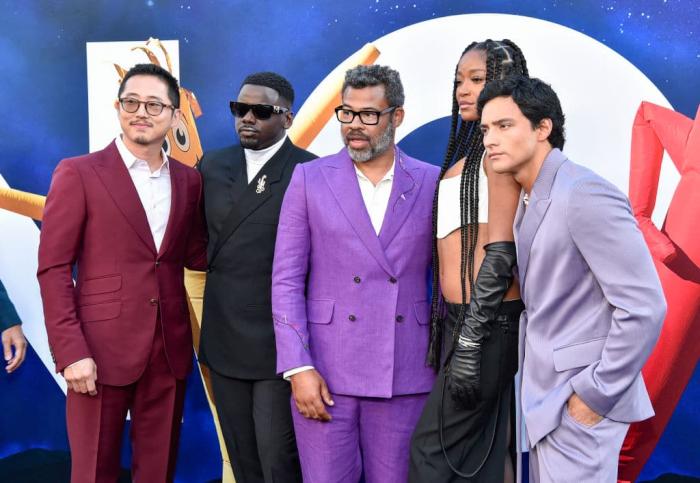 With only three films under his belt as a director, Jordan Peele has already secured his status as a real critical and commercial power. He won an Oscar with his debut, Get Out, and and his company, Monkeypaw Productions, is churning out consistent hits. At a time when we’re all still fearful about the adult-oriented, non-IP, mid-budget film, he can’t help but shine as a welcome beacon of hope. That streak continued with Nope, which opened at $44 million from 3,785 theaters. That might fall short of the $71.1 million open that Us pulled in way back in April 2019 but it’s still a big deal. It’s easily the best opening in the pandemic era for a totally original film.

The top ten is an interesting mix of those big-budget tentpoles and smaller, adult-focused flicks. Where the Crawdads Sing is close to $39 million after two weeks in theaters. Elvis passed $118 million after five weeks. It’s actually earned more in less time than Lightyear, which fell out of the top ten with $117.1 million domestically. I wonder if this will secure Pixar’s status as exclusively Disney+ releases in the future.

Thor: Love and Thunder will soon become the 18th film in the Marvel Cinematic Universe to cross $300 million domestically, and its current global total is inching towards $600 million. That’s still behind Minions: The Rise of Gru, which is at $297.8 million after four weeks. Never underestimate the power of those bloody yellow things. But, of course, the king of the castle remains Top Gun: Maverick. It’s still sitting in the top five after nine weeks, and its weekly drops in attendance are slim (this weekend, it only fell 18.7%.) The current domestic gross is $635,566,000. Internationally, it totals $1,282,666,000. Impressive, Tom.

Everything Everywhere All at Once is still in the top 15 with over $68.1 million but A24 are still planning a re-release this coming week to bank on its monumental praise and a chance to introduce its joys to new audiences. It’ll also help keep it in the public eye during awards conversations. Hell yes!

Aside from that, this coming week will see the release of DC League of Super-Pets and BJ Novak’s Vengeance.