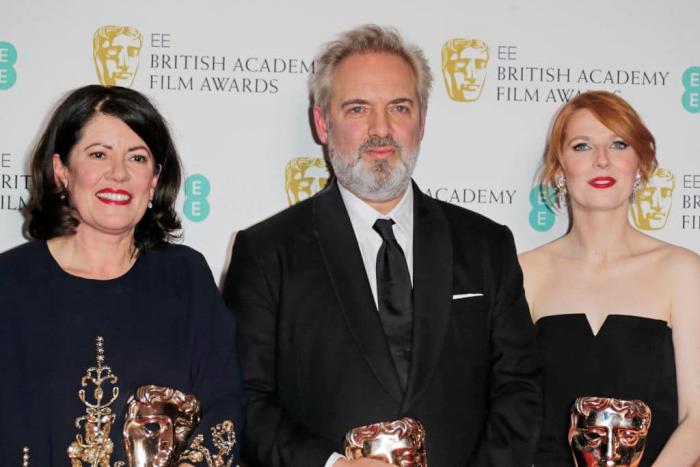 We’re one week away from the 2020 Oscars and the exhausting cycle of awards season coming to an end for another year. The BAFTA Awards took place in London last night and were about as dishearteningly predictable as everyone was expecting, a few notable exceptions aside. 1917 took home seven awards, including Best Picture and Best Director for Sam Mendes, which was one of the safest calls of a night of very safe decisions. How could BAFTA say no to the very worthy British war movie, after all? Of course, it was one of the few British films to really be centered in a night that is supposed to prioritize British cinema. All four of the Oscar front-runners for acting added a new trophy to their shelves, while Bong Joon-ho was one of the few unexpected delights of a dreary evening after he beat Quentin Tarantino to win Best Original Screenplay for Parasite.

I’ve talked before about how BAFTA is becoming hilariously irrelevant thanks to its desperation to chase the glory of being an Oscar predictor, and that was in full force last night, but the true elephant in the room was the startling lack of diversity in terms of race and gender. Once again, no women directors were nominated for the top prize, and all 20 acting nominees were white. In a year of Lupita Nyong’o, Cynthia Erivo, Awkwafina, Jennifer Lopez, Kelvin Harrison Jr., and the entire cast of Parasite, that is simply unforgivable, and everyone in the room knew it. Even Prince William, the President of BAFTA, had to acknowledge it in his speech, saying:

‘In 2020, and not for the first time in the last few years, we find ourselves talking again about the need to do more to ensure diversity in the sector and in the awards process - that simply cannot be right in this day and age. BAFTA take this issue seriously, and following this year’s nominations, have launched a full and thorough review of the entire awards process to build on their existing work and ensure that opportunities are available to everyone.’

But the most pointed speech of the night on this topic came from Best Actor winner Joaquin Phoenix, who talked about the need for white people ‘to truly understand systemic racism. It is the obligation of the people who have created and benefit from the system of oppression to be the ones to dismantle it. So that’s on us.’ As noted by The Farewell director Lulu Wang, a whole lot of people in that room did not want to hear that.

An uncomfortable silence filled the hall for a long noticeable moment. Thank you Joaquin.

Other great speeches of the night included Taika Waititi, who is always entertaining and cracked jokes about Brexit and the colonies while accepting his award for Best Adapted Screenplay.

Andy Serkis was awarded a special BAFTA for Outstanding British Contribution to Cinema, which was presented to him by Sir Ian McKellen. Serkis, who is currently directing Venom 2, came on stage on crutches after a minor skiing accident.

The BAFTA Fellowship Award went to the legendary Kathleen Kennedy, a decision that I’m sure didn’t set off a bunch of whining men on YouTube.

Here are the winners from the 2020 BAFTA Awards.

BEST SUPPORTING ACTOR
Brad Pitt - Once Upon a Time in Hollywood

BEST FILM NOT IN THE ENGLISH LANGUAGE
Parasite

← Jason Momoa's Creepy-Hilarious Commercial Wins the Super Bowl | Paul Rudd Won the Super Bowl, But Is He Celebrating as a Kansan or a Missourian? →