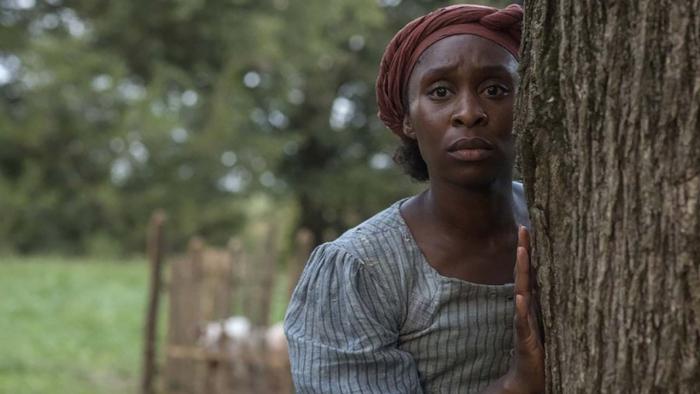 Last week saw the premiere of the theatrical trailer for Harriet, the upcoming biopic about the life and exploits of Harriet Tubman, an escaped slave who fought to help other slaves escape captivity and gain their freedom with the help of the Underground Railroad. Directed by Kasi Lemmons (Eve’s Bayou), and starring Cynthia Erivo, Leslie Odom Jr., and Janelle Monáe. The fact that Harriet’s story is finally appearing on movie screens nationwide for all to see is cause for many to rejoice.

For many people on Black Twitter with long memories, there wasn’t much to rejoice about. Particularly when it comes to Cynthia Erivo herself and the fact that she’s playing Harriet Tubman.

Many of us are familiar with Cynthia’s work from her performance in The Color Purple on Broadway, and in criminally underappreciated films such as Bad Times At The El Royale and Widows. And it’s not her talent that’s being questioned by Black Twitter, but her views on African-Americans and the people she interacts with who feel the same way.

Last year, I wrote about how Nigerian-born writer/blogger Luvvie Ajayi got on Black Twitter’s bad side when she unexpectedly felt the need to talk shit about R&B singer Tevin Campbell. Black Twitter was so taken aback by Luvvie’s tweets that they not only jumped to Tevin’s defense and explained why he and his career were deserving of a lot more respect, they also made time to drag Luvvie while doing so. Part of the reason why Black Twitter responded to Luvvie the way they did was not just because of what she said about Tevin Campbell, but also because of her history of making “jokes” about African-Americans on her timeline, despite the fact that much of her popularity and her career has come from getting the attention of African-Americans via Twitter, getting them to read and laugh at her weekly blogs and live-tweets about Scandal, which then led to her getting a book deal, and then getting approached by Scandal creator Shonda Rhimes herself. One of the people who Luvvie is friends with and who has previously laughed at her jokes and shady-ass comments on Twitter while also making a few of her own? Cynthia Erivo, who is also of Nigerian descent and who was born in South London. This very long and detailed thread of tweets goes into further detail about Cynthia’s history on Twitter making and laughing with those jokes, so you may want to set aside a few minutes to click on the tweet below and read the entire thread from beginning to end.

Here is why Cynthia Erivo, in particular, should not play Harriet Tubman.

TL; DR: There’s a troubling pattern of Cynthia repeatedly, deliberately, selectively *choosing* to not give respect to African-American heritage - the heritage of Harriet Tubman.#HarrietDeservesBetter pic.twitter.com/omxuA1Ese7

It didn’t take long for some people to take notice of the jokes that Cynthia would occasionally make when not laughing along with and clicking “Like” on jokes made by others. Hence why when it was announced that a biopic was being made about Harriet Tubman and that Cynthia was up for the actual role, the response from much of Black Twitter was pretty much…

These same articles (with the notable exception of this article from The Grio that actually touched upon Cynthia’s old tweets as the reason behind the backlash) have not really touched upon Cynthia’s past behavior towards African-Americans and the animosity that many of them feel towards her because of it, and the narrative continues to be that, much like how Samuel L. Jackson previously felt about Daniel Kaluuya in Get Out, in that a British-born actor is not going to have the same knowledge and familiarity with racism in America the way that African-Americans do, Cynthia doesn’t have enough range to play Harriet Tubman and that the role should’ve gone to an African-American actress, like Aisha Hinds, who recently played Harriet Tubman on the critically acclaimed and short-lived series Underground, and was praised by many for her work.

Of course, there were those who jumped to the defense of Cynthia Erivo and of the filmmakers’ choice to cast her as Harriet Tubman.

Y’all need to stop. @HarrietFilm ain’t getting cancelled because a few folks don’t like @CynthiaEriVo. We stand with #HarrietTubman, Erivo and @kasi_lemmons. First @NatTurnerFilm and now this? Nah. We support our stories on the big screen! https://t.co/XXKIX63voH

I don’t know if Roland Martin forgot or just plain ignored the reasons why most Black people didn’t feel like going to their nearest movie theaters to see the most recent film about Nat Turner, but we can all draw our own conclusions.

I’m sure that people will hope for and expect Cynthia to speak about her past tweets and online behavior and clear the air with her fans about this as she goes on the press tour to promote Harriet later this year. I’d like to see that happen, as well. But I can’t shake the feeling that she probably won’t do that, and that much like Reese Witherspoon and Nicole Kidman when talking about how director Andrea Arnold was treated on the set of Big Little Lies, or Taraji P. Henson giving her “What I had said was…” apology/explanation about her problematic Instagram story in which she appeared to support R. Kelly and lashed out at the people speaking out against him before the release of What Men Want (you remember that movie, right? No? Okay, moving on.), she won’t feel much of a need to apologize or explain herself, and she’ll just take the Chili Palmer approach and not say more about this unless she absolutely has to.

Because it’s much easier to go with the narrative of her being bullied and harassed on social media by Black Twitter because she doesn’t fit into their narrow idea of who and what Harriet Tubman is and what she should be, rather than explain to the press and to her fans what exactly she found so humorous about treating African-Americans like they were something to make fun of and laugh at, and yet going out to portray someone who is seen by them as an icon. It’s the same approach that Alexandra Shipp has taken when it comes to how Black Twitter has treated her and her portrayal of Storm in X-Men: Apocalypse and X-Men: Dark Phoenix, despite the fact that Black Twitter has its own reasons for strongly disliking her and counting down the days until she is finally recast and replaced so that another actress can play Storm instead. It’s far too early to tell whether or not any of this will affect how Harriet performs at the box-office. If the film succeeds, it’s not only success for Black filmmakers like Kasi Lemmons, but it will also give Cynthia a reason to breathe a huge sigh of relief in dodging the tidal wave of backlash from Black Twitter. And if the film fails, Black Twitter will most certainly point and Jadakiss-laugh in Cynthia’s direction. But the last thing that a film made by an African-American director needs or wants is a poor box-office performance for movie executives to immediately use as an excuse to make fewer films helmed by African-American directors aimed at diverse audiences.

On the plus side of all this, there is at least one good thing to point out when it comes to Harriet, and everything being discussed about it:

It could be worse. ScarJo could be playing Harriet Tubman.

And that’s something we can all breathe a huge sigh of relief about.