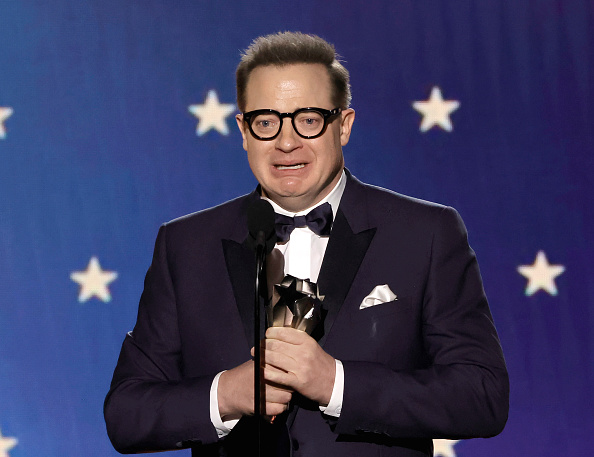 Brendan Fraser, who belongs in a rarified club occupied by the likes of only Keanu Reeves (and almost Joshua Jackson (RIP)), has been toiling away largely in obscurity for the last 12-15 years, save for some voice work in HBO’s Doom Patrol. Things were so bad for Fraser that he was starring in a (very bad) Swedish television series with Tom Welling that was only watched (minimally) in America when The CW licensed the rebroadcast rights.

Steven Soderbergh, however, plucked Fraser out of those depths and put him in a neat little heist film that people have already forgotten, but Fraser was phenomenal in it. And then he landed Darren Aronofsky’s The Whale, which may be on the problematic side, but Fraser gives a phenomenal performance, so phenomenal in fact that the movie is the rare adult indie movie that’s broken $10 million at the box office.

People continue to come out for Fraser because people love Fraser, and they have always loved Fraser even when he disappeared from the limelight. Now he’s back, and he’s got some good work ahead of him, including the next Martin Scorsese film. In the meantime, he’s also winning awards, like the one he received for Best Actor in a Motion Picture last night from the Critic’s Choice Awards. His reaction was heartwarming, to say the least.

And thankfully, the speech lives up to the reaction.

Ke Huy Quan — who has bonded with Fraser during the awards circuit for obvious reasons — hugged Fraser on the way to the stage and found him again afterward.

Ke Huy Quan, by the way, also won for Best Supporting Actor, while Everything Everywhere All at Once won for Best Picture, Best Screenplay, Best Editing, and Best Director(s). Abbott Elementary was the big winner on the television side, although Better Call Saul won for Best Drama and The Dropout for best Limited Series.