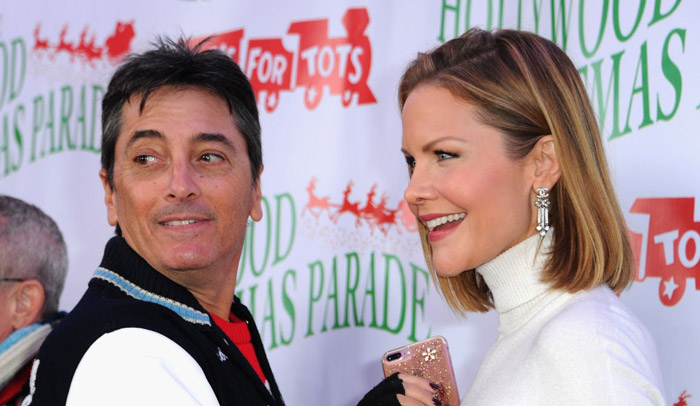 Why Is Scott Baio Trending On Twitter? Because Of Gun-Toting Ken And Karen

When Scott Baio trends on Twitter, it’s usually because the has-been has said something dumb of the GOP persuasion. Today; however, Baio didn’t have to say a thing. His name is trending on Twitter as an easy punchline to mock the Republican National Convention line-up because it includes Patricia and Mark McCloskey, A.K.A. St. Louis’s infamous Ken and Karen.

The McCloskeys scored notoriety in June, when they aimed a semi-automatic rifle and a handgun at peaceful protesters walking past their house. To the Left, these white Boomers were seen as poster children for the Right: rich, white, racist, armed, and a threat to anyone who isn’t just like them. To the Right, they are apparently celebrity enough to bring on stage at the RNC. Sure, they were charged with a felony for unlawful use of a weapon, but did I mention they’re rich, white racists?

So, what does this have to do with Scott Baio? Is he speaking at the RNC too? He wishes. He did back in 2016 to stump for Trump. Nowadays, his most recent headlines have been about his complaint that his Trump support has gotten him blacklisted in Hollywood and his wife Renee’s apology for getting into a “Twitter war” with the mother of a child who was fatally shot at Sandy Hook.

Baio is trending because the McCloskeys’ 15-minutes of fame have many, many Twitter users making the same joke.

The way the Republican lineup is shaping up, it might be hard to find space to wedge Scott Baio and Tim Allen in this year. https://t.co/j7OIxyrvWn

GOP convention lineup
Monday: Scott Baio
Tuesday: Lady who wants to speak to the manager because wearing a mask infringes on her First Amendment rights
Wednesday: Guy who says he can’t be racist because he once had a black friend
Closing speaker: A can of Goya beans https://t.co/vOhSspfAFq

Sit this one out little buddy.

Meanwhile, the RNC will be hosted by a Monster Truck that fires cans of energy drinks out of it's tailpipe, while Ted Nugent shreds the National Anthem and Scott Baio explains to two generations of voters who "Chachi" was. https://t.co/gaPDDsOzp2

Republicans whining about Eva Longoria will trot out Scott Baio.

And that’s why they’re whining.

Is Scott Baio speaking at RNC?

Are they opening for Scott Baio or following? https://t.co/xzJbf2tIpg

I love that Scott Baio probably saw his name trending and got excited only to click on it find that all of Twitter is just mocking him. 😂