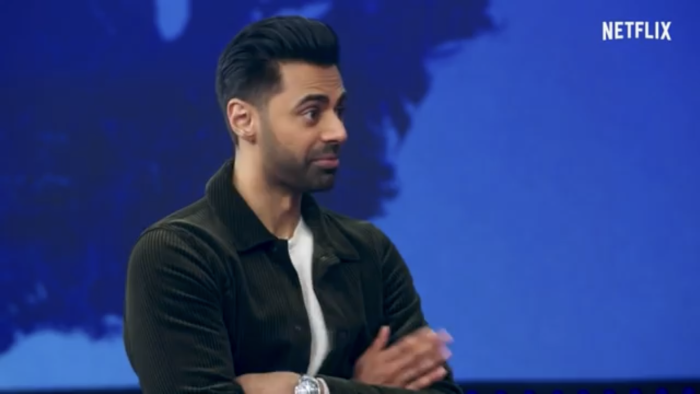 Hasan Minhaj delivered some sad news today on Twitter (the place where most sad news originates). The Peabody Award winning host announced that after two years and 40 episodes, his Netflix News/Talk Show Patriot Act has come to an end.

What a run. @patriotact has come to an end. I got to work with the best writers, producers, researchers, and animators in the game. My 2 babies were born and grew up with the show. TY to @Netflix and everyone who watched. Now it’s time to return these screens to Best Buy 😎 pic.twitter.com/4s4TrsKWe6

The hard hitting talk show tackled political and social topics with Minhaj’s signature brand of comedy. Originally staged in front of a live studio audience, the show was moved into a studio and in front of a green screen once the Coronavirus pandemic began. It was a hit with critics and audiences alike and as of now, the reasons for its end have yet to be revealed.

Minhaj was a unique voice in the talk show arena with a charisma that played well on screen. As someone lucky enough to have seen him live (when we still did that) I can tell you that he is just as energetic and funny in person. He’s also one of many former Daily Show correspondents that went on to host their own news based program. Here’s hoping he quickly rebounds and finds another outlet to deliver informative segments like this one on elections in America. (Though honestly he can do whatever he wants and I’ll still watch it.)

← Why Is Scott Baio Trending On Twitter? Because Of Gun-Toting Ken And Karen | Welcome to Our Home, Republicans; Don't Move the Furniture →