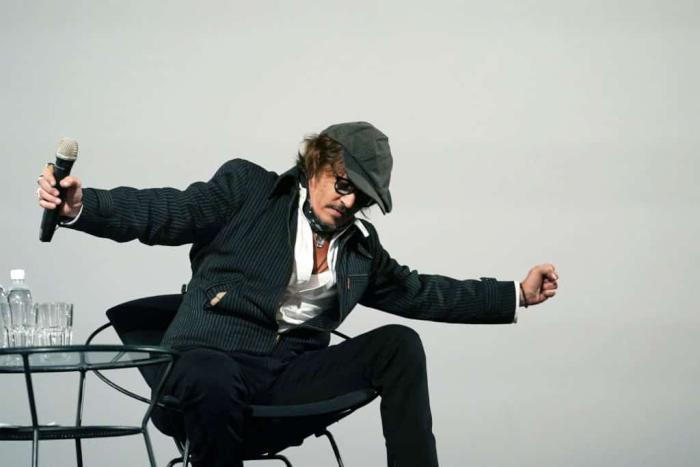 Johnny Depp, as decreed by the British courts and our notorious libel laws, is a ‘wife-beater.’ The actor had tried to take on the infamous tabloid The Sun and sue over their use of that term, yet he lost in spectacular fashion. After months of a deeply messy legal battle that dragged out every agonizing detail of his private life and relationship, Depp the judge presiding the case decreed that Depp ‘has not succeeded in his action for libel’ because the defendants ‘have shown that what they published in the meaning which I have held the words to bear was substantially true.’ He even noted that the allegations of domestic abuse made by his ex-wife, actress Amber Heard, had proven to have far more negative consequences for her career than his.

It was always going to be a tumultuous case. How could a scandal involving accusations of domestic violence and one of Hollywood’s most beloved sons not be the stuff of ceaseless speculation? Depp’s fans continue to pollute the inboxes and Twitter mentions of anyone who speaks out against the actor, and online harassment of Heard has reached a new peak following the news that Depp was asked to resign from the Fantastic Beasts franchise. More court cases will follow, including one in the American legal system, but for once in the history of the entertainment business, it seems as though there will be some tangible consequences to this recent ruling. After years of defenses, tiptoeing around the truth, and the willingness of an entire industry to turn the other way, nobody can ever again plead willful ignorance on this case.

The past decade or so of Depp’s public life has been an agonizingly slow descent into self-parody and toxicity, a poisoning of the wells that continues to shock as much as it appalls. Depp’s devotees like to claim that the problems all started with Heard, the gorgeous bisexual temptress who must have forced Depp to leave his long-time partner for her. Really, things were going off the rails long before that. His work became less interesting and the box office losses costlier. Stories of his lavish spending quickly evolved from decadent to depressing. Depp became both dishearteningly predictable and just a bit desperate, especially in his deifying of figures like Hunter S. Thompson and Keith Richards. The man who previously seemed like such a radical, the heartthrob who preferred being the weirdo and was loved all the more for it, now seemed tired. It wasn’t fun anymore.

A large part of Depp’s case against Heard and The Sun relied on poisoning the waters against his ex-wife, something he succeeded in with disheartening aplomb. The other side of the equation was to reinforce an older image of Depp, the one that had worked so well for him since he entered the film industry in the ’80s: Depp as the genteel Southern gentleman. He may have toed the line as a near-Byronic hero but really, he was just a nice Kentucky boy who’d done good. It was hard to maintain that façade as the court case revealed his violently misogynistic slurs against Heard or childishly insulting contemporaries like Leonardo DiCaprio and Channing Tatum.

It was a massive 180 turn from the persona Depp had been reveling in for the past decade of so, that of a wannabe libertine who worshipped bad boy rockers and seemed determined to evolve into latter-era Marlon Brando, complete with earpiece during shooting so he wouldn’t have to learn his lines. His acting veered between sleepy and near-caricature, as he drenched himself in prosthetics and scarves and SNL-level accent work for movies that often left the critics rolling their eyes. Watching performances in movies like Mortdecai, Tusk, and Dark Shadows felt like watching a talented man phoning it in for the big cheque. They all seemed like desperate attempts to recreate the lightning-in-a-bottle glory of that first time we saw Jack Sparrow, but even Disney’s favorite pirate was losing his appeal. The fifth Pirates of the Caribbean movie made over $250 million less than its predecessor and was mired in stories alleging perpetual on-set lateness from Depp. If you were suddenly reminded of the image of a clearly over-it Brando in white make-up with a bucket on his head in The Island of Doctor Moreau, nobody would have blamed you. Yet he pulled in big jobs and big paydays all the same.

He famously commanded over $50 million, which he described as ‘stupid money’ with the Pirates franchise. He claimed that money was for his kids, but tales of his grand purchases of private yachts and islands became a lot more telling once Depp started bemoaning the sudden reality of his disappearing fortune. In 2018, he claimed that his $650 million fortune was gone. Depp alleged mismanagement from his lawyers. They claimed he just spent it all, and Depp did little to tease out sympathy when he started bragging about how he spent way more than $30k a month on wine. The new image of Depp quickly cemented in the public imagination: The guy who had become too cloistered by his own obscene wealth to the point where reality was something he could sit out entirely.

In 2018, Depp gave an interview to Rolling Stone. It was supposed to be a PR boon, a chance for him to show the public that he was still the man he loved and not the out-of-touch egoist whose worship of figures like Thompson and Richards had turned him into a pathetic mockery of his past self. Journalist Stephen Rodrick titled the piece ‘The Problem with Johnny Depp’ and there were many problems to note. Rodrick spent three days with Depp and his team of lawyers and yes men in an experience he described as being ‘a decent facsimile’ of Elvis’s last days. It’s a fascinating piece, a rare example of a modern-day celebrity profile bereft of publicist meddling or a need to soften the edges of an obviously troubled and dark man.

Depp wanted to sell himself as an old-school rocker, a man of swagger and charm who lived an unapologetically rock and roll life just like his heroes. But Keith Richards has been sober for decades, and Hunter S. Thompson died by suicide after suffering from poor health for many years. Those classic hellraisers he idolized didn’t always stay hellraisers into their 50s. Even the Rolling Stones and Alice Cooper got respectable. Depp didn’t seem to want that, and there’s something irredeemably unappealing about a multi-millionaire in his 50s who sits in darkened rooms telling racist jokes to his lawyer, lamenting the end of Quaaludes from the drug scene, and bragging about spending more on wine every month than most Americans make in a year. It’s not cool. It’s just sad.

For those who grew up with the quiet sensitive bad boy turned good, the Depp who could be both a leading man and a quirky character actor, his descent into this kind of pathetic self-parody is tough to swallow. That may be why so many women my mother’s age continue to passionately defend him online (well, that and good old-fashioned misogyny.) They remember the sensitive kid who seemed to get over his demons and, even as he eschewed the conventional trappings of Hollywood, became universally beloved. Even now, despite all the evidence and legal rulings and Depp’s own actions, he’s surrounded by people unwilling to say ‘no.’ Depp still has some unreleased movies on the horizon, but nothing on the blockbuster level of Jack Sparrow or Grindelwald. The chances are he will keep getting work of some kind because this is Hollywood and patriarchy always forgives, but it remains to be seen if he can crawl back to the top. He’s a liability, and he caused that damage long before Amber Heard went public. All that’s left now is a trite cliche of middle-age failings, cloaked in obscene amounts of money and hero-worship that clings to the good old days.

← 'Am I the A**hole For Not Liking How My Girlfriend Dresses For Work?' | 5 Shows After Dark: 'S.W.A.T' Season Two Premiere CBS, 'Lost Relics of the Knights Templar' Premiere Discovery →