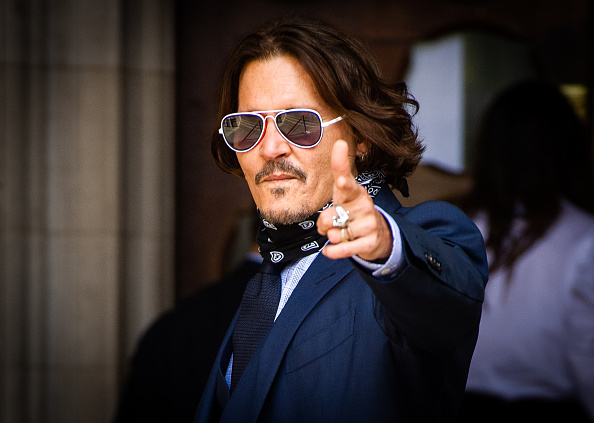 Can we briefly put the idiocy of Johnny Depp’s defamation trial against The Sun into perspective? Depp is suing a tabloid rag for saying that he abused his ex-wife, Amber Heard. There has been plenty of speculation and even some evidence (including a very public restraining order) suggesting that Depp was abusive in his past, so it’s not like anyone read The Sun’s article and thought, “Oh, well, if The Sun says it, it must be true!”

The real reason Depp brought suit against The Sun is that he was hoping to use a potentially favorable verdict in Britain (where libel laws are more favorable to celebrities) against Amber Heard in a $50 million defamation suit stateside, as well as using the trial to rehabilitate his image as a leading man in action franchises targeted primarily at kids, Pirates of the Caribbean and Fantastic Beasts.

Now, again, consider this: In order to succeed in his action against The Sun, Depp essentially has to litigate at least 14 separate incidents of domestic abuse alleged by Amber Heard. Fourteen incidents, each of which has been thoroughly aired in court based on testimony from Depp, Heard, and other witnesses, including a few celebrities. Over the course of the trial, we have also heard about numerous incidents involving Depp’s use of alcohol and drugs. Depp has even admitted to spending $30,000 a month on wine, ingesting drugs, and blacking out, and we have even seen some photos to that affect.

Again: This is Johnny Depp trying to rehabilitate his image so that he may continue to star in Disney-owned franchises.

In any event, Depp continued presenting his case last week, and that included testimony from ex-partners, actor Winona Ryder and model Vanessa Paradis, both of whom gave statements to the court (neither appeared, because The Sun stipulated to the fact that Depp did not hit Ryder or Paradis). Ryder, for the record, stated that, “”The idea that he is an incredibly violent person is the farthest thing from the Johnny I knew and loved.” The Johnny that she knew and loved is one from 30 years ago, when they dated, beginning when she was 17 and he was 26. Believe it or not, people do change, especially when drugs, alcohol, millions of dollars, and Hunter S. Thompson are involved.

Meanwhile, Amber Heard began her testimony today. She claims that Depp was violent and abusive when high or drunk, and that he once said to her, “I’m going to have to watch you get raped.” According to Heard, he also attacked her and threatened to “f**k her corpse.” From The Guardian:

Heard said Depp would blame all his abusive actions on a “self-created third person, which he often called ‘the monster’”.

She said some incidents were so severe “that I was afraid he was going to kill me, either intentionally or just by losing control and going too far. He explicitly threatened to kill me many times, especially later in our relationship.”

The violence included “punching, slapping, kicking, head-butting and choking me, as well as throwing me into things, pulling me by my hair and shoving me or pushing me to the ground.”

“He demeaned me anytime I tried to wear anything that could be seen as sexy, calling me a ‘whore’, ‘slut’, ‘fame-hungry’ and ‘an attention whore’, but it got worse over time.

“He started saying things like ‘Well I’m going to have to watch you get raped’ and ‘I hope you get railed by a bunch of fucking fellas’. Sometimes he used racial epithets about the men I would be - or deserved to be - assaulted by.”

Again: Depp brought this lawsuit to help clear his name and clean up his image so that he could continue working on $200 million Disney movies. How’s that going, Johnny?