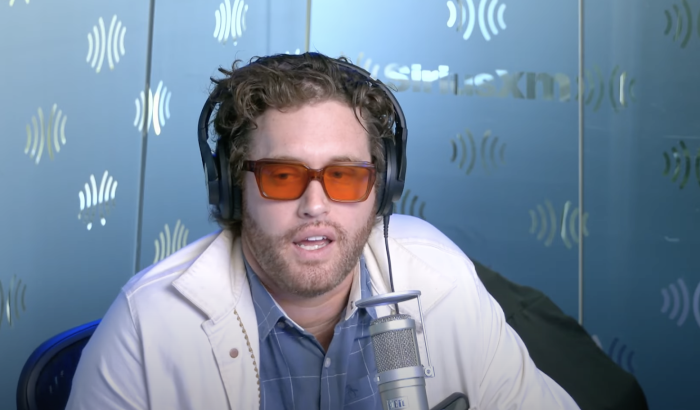 There are plenty of times when the media will highlight a quote out of context or misrepresent the quote or make something out of nothing. This is not what happened when T.J. Miller decided to trash-talk his Deadpool co-star on the Adam Carolla podcast last week.

I watched the entire video exchange between Miller and Carolla myself, and what’s clear from the video is that Carolla drilled in on Miller’s relationship with Ryan Reynolds on the set of Deadpool because any anecdote involving an A-list star is more interesting than one only involving Miller. Miller himself dragged it out because he knew that sh*t-talking Ryan Reynolds would bring some attention to his otherwise dead career. He says that Reynolds was “horrifically mean” to him and that his wife said that Reynolds’ behavior was all-caps INSANE.

Then, after accusing Reynolds of being “insane” and “mean,” Miller would throw in something like, “Oh, but he’s a really nice guy. He’s really funny,” while also suggesting that Reynolds “hated” Miller because Reynolds thought Miller was “funnier” than he was. OK, T.J.

Well, after using Reynolds’ fame to clout chase, Miller received an email from Ryan Reynolds (probably because Ryan Reynolds is a nice guy — a brand, at this point, but a boring nice guy), and Miller backtracked on SiriusXM’s Jim Norton & Sam Roberts. Miller says that it was a, uh, misunderstanding.

“What ridiculous is it was just me telling a story from on set that I thought was weird. That was it. But I just wasn’t thinking about how the media will immediately… So, and that’s a big problem I have in general is kind of not thinking about what the repercussions of saying this or that would be, but I think, yeah, it was very cool for him to say, “Hey, you know, I just heard on the show that you were upset about this.” And I kind of said, “You know, I’m not,” and then we sort of just hashed it out really quickly. But he was, again, I wasn’t saying anything negative … He is so funny, which I always maintained, and he’s so amazing in those movies. And I, you know, so that was kind of it, you know? It’s so funny. I said all these complimentary things and none of that shows up … Because that’s the clickbait. So, you know, that’s really a bummer. But yeah, he was really cool about it and he’s a cool, he’s a good dude. I told the story because it was weird and funny to me, and then it gets picked up … I feel bad that it was picked up and it was misconstrued for sure. But no, it was the next day he and I talked and it’s fine.”

Are you kidding me? “I said all these complimentary things and none of that shows up … Because that’s the clickbait.” He’s blaming the media because he told a story about Ryan Reynolds that he thought would elevate his own profile? To Adam Carolla? And we’re the clickbait? We did not misconstrue it. We did not take it out of context. All we had to do was post the video. T.J. Miller did that to himself, and now he’s trying to take it back by blaming the media. Bruh.


← 5 Shows After Dark: 'Archer' Season 13 Finale, Welcome to Wrexham' First Season Finale | Alex Jones Is 'Basically Broke for the Rest of His Life' →