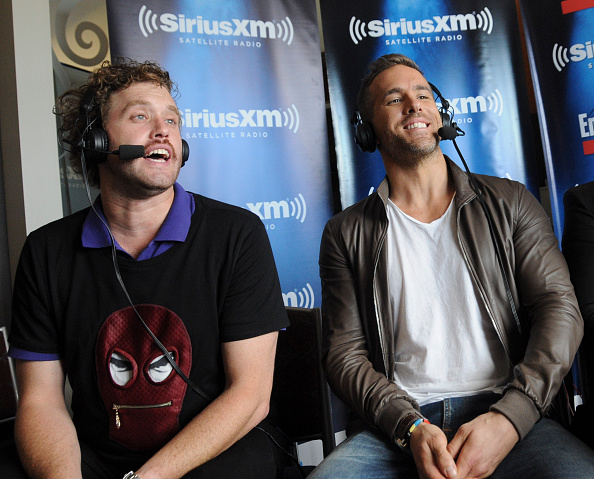 T.J. Miller appeared on The Adam Corolla podcast this week because, let’s be honest: No one else will have him. Recall that Miller has been accused of sexual assault; he was written out of Silicon Valley because he was difficult; and he drunkenly called in a fake bomb threat while on a train.

On the Adam Carolla podcast, Miller revealed that he believes that his Deadpool co-star, Ryan Reynolds, “hates him,” which would put Reynolds in good company (Marc Maron is not a big fan of Miller, either). Miller, who has largely been MIA in recent years, is trying to make a comeback with a new stand-up special, and what better way to gain attention than to trash someone more famous than him?

On the Carolla podcast, Miller — whose wife also believes that Reynolds hates him — offered a specific example, saying that on the set of Deadpool at one point, Reynolds — in character as Deadpool — passively aggressively insulted Miller.

“We had a really weird moment, really weird moment on Deadpool where he said, ‘Let’s do one more take.’ And everyone’s like, ‘OK,’ and I’m like, ‘Yeah I’m fine.’ And then as the character, he was like horrifically mean to me, but to me. As if I’m Weasel. He’s like, ‘You know what’s great about you Weasel? You’re not the star. But you just, you know, you do just enough exposition that it’s funny. And then we can leave and get back to the real movie.’ Sure he’s riffing. That’s exactly why he said that.”

Given Miller’s history of on-set behavior on Silicon Valley, I suspect if Reynolds was being passive-aggressive toward Miller, he probably had a reason, although Miller did add that after the scene, the rest of the crew “was acting weird. And then I went up to [my wife] and said, ‘That was weird, right?’ And she was like, ‘Of course, it was f**king weird. It was insane.’ That was not a great experience for me.”

Miller seemed to think the incident was unprovoked, suggesting maybe that Reynolds didn’t like the fact that Miller was getting more laughs. “Maybe he’s an insecure dude. He’s really nice, but, I mean, his Twitter bio is ‘Showing you the parts of me that tested best in focus groups,’ and I am not sure he’s joking. I think that might be his real sentiment … I can’t really begin to make sense of it,” he added, before reiterating that maybe it was because people on the set thought Miller was funnier than Reynolds. “That doesn’t really make sense to me, because I love it when other people get laughs.”

As for whether Reynolds knows there’s a rift between him and Miller? “I think so. Either that, or he’s so deluded that he thinks that everyone loves [him].”

My guess is honestly that Ryan Reynolds hasn’t given a thought to T.J. Miller in years. Nevertheless, Miller says he wouldn’t work on Deadpool 3 even if they offered to pay him double, which they wouldn’t do because he was only in Deadpool 2 because his scenes had already been shot before he’d been canceled.