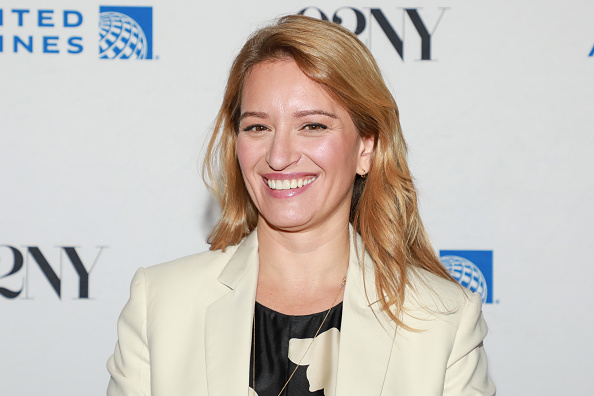 I do not watch enough television news to know the details of the personal lives of most news personalities. I didn’t even know who Amy Robach and T.J. Holmes were until last week, for instance, although now it seems like I know more than I want to know about their sex lives.

I do know who Keith Obermann is, and at specific points early in his career, I considered myself a fan (his early ESPN days and his first stint at MSNBC). I’m also fairly familiar with Katy Tur, mostly due to her time on the Donald Trump campaign in 2016. I did not know that Olbermann and Tur dated from 2006 to 2009, and apparently remained friends until 2016. According to Olbermann, Tur has long been “haunted” by her relationship with Olbermann, and she often complains when people associate her with him.

Olbermann maintains this week on his podcast, Countdown with Keith Olbermann, that he has stayed “quiet long enough” about Katy Tur and their relationship for all these years. He snapped and went into a rage because — of all things — the decision by Tur’s husband to get a vasectomy.

“Yesterday, when she turned a vasectomy into a photo op, I had enough with it,” Olbermann said during a segment he devoted exclusively to angrily trashing Tur. “[Tur and her husband] are horrible publicity addicts,” he said, adding that it irritated him that they were using a vasectomy to promote their projects.

That’s when he started offloading secrets about Tur in a segment he called “Things I Promised Never to Tell.” A lot of those secrets I would characterize as Olbermann taking credit for Tur’s successes. “After I asked her to move out, I paid her rent in a New York apartment for a year so she could continue to live and work in New York.” “I paid off her college loans.” “I edited her Trump pieces, often rewriting them.” Much of this I would chalk up to things that romantic partners do for one another that Obermann is now bitter about because Tur does not apparently appreciate his contributions enough.

He also accused Tur of … violence? “Six days after my appendectomy, she started punching and slapping me with intent to do real harm because the living room in our place wasn’t clean enough. How exactly do you even try to defend yourself against a woman 125 lbs lighter and a foot shorter than you?”

In the end, Olbermann concluded of Tur: “She is rapidly turning into a kind of professional martyrdom. I saw this in its first stages 16 years ago and she has now made martyrdom into a brand.”

I would probably add, for posterity, that based on my calculations, Olbermann was 47 when he started dating Tur in 2006. She was 23. Make of that what you will.