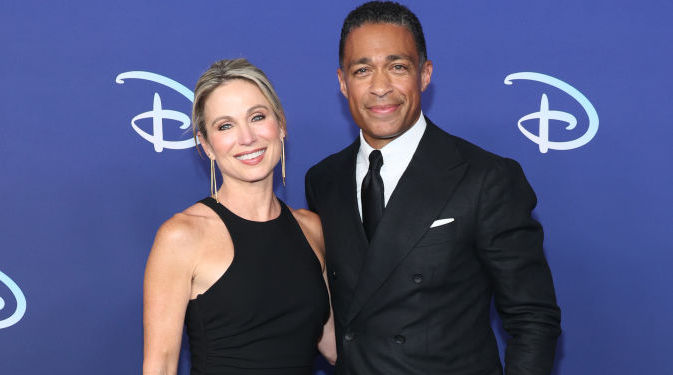 T.J. Holmes Is Reportedly a 'Serial Cheater' and a 'D--k'

The T.J. Holmes and Amy Robach affair has seemingly taken a new turn. When the news broke last week, it was all, “Oh sh*t! They cheated on their respective spouses, and Amy Robach’s spouse is that guy from Melrose Place (Andrew Shue). Within a day, however, the tone shifted into, “Who cares?! Look at all their chemistry! They ooze it.”

This TJ Holmes and Amy Robach tea is piping HOT. They been having this affair for a while chi 🫖🍵 pic.twitter.com/6J1eAw3sst


Sorry not sorry to the spouses of amy robach and tj holmes but their chemistry is undeniable, and I’m personally rooting for them 🤷🏾‍♀️


A lot of people barely had any idea who these two were last month(myself included), but the Internet suddenly found itself rooting for their relationship to work out. Last week, ABC even took advantage of the heat around the couple and briefly put them back on the air to take advantage.

But now? The bloom may be coming off the rose. Turns out that — according to “sources” — the Robach affair was not T.J. Holmes’ first with a co-worker. Or even his second. The dude gets around. He had a three-year affair with a Good Morning America producer, Natasha Singh, that his wife, Marilee Fiebig, found out about because she found some emails (it’s always emails or texts, isn’t it?).

Reportedly, Holmes is a serial cheater, and in addition to Robach and Singh, he also had an affair with another staffer, and those are just the affairs that we know about. Despite a history of affairs, and the fact that they were separated, mysteriously Fiebig was still blindsided by the news.

In either respect, given all the controversy surrounding the affair, Robach and Holmes were taken off the air this week, at least temporarily. However, Page Six is reporting that the affair — or series of affairs — is not the only reason, and this is where the story takes an ugly turn.

T.J.’s cheating with ABC staffers was definitely one of the reasons why they were yanked off,” says a source. “It has become a distraction.” ABC declined comment on his alleged affairs.

We’re told there are other issues as well.

“He’s also a d—k to producers. No one likes working with him,” says the insider. “He yells and has the biggest ego.”

Consenting adults and all that, but I’m less enthusiastic about rooting for them now.