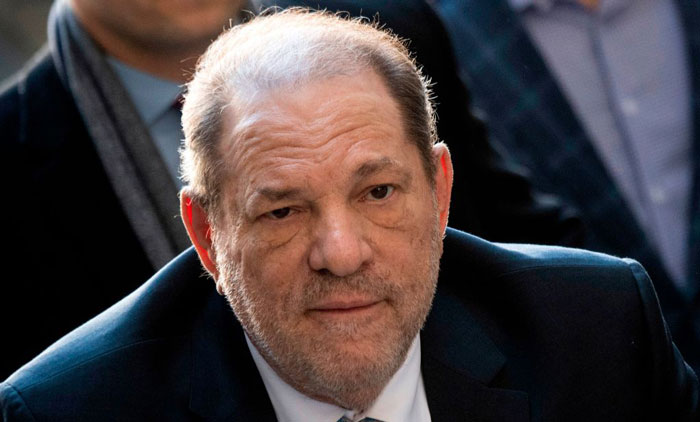 Update: A judge has ignored the pleas of Harvey Weinstein’s attorneys and sentenced him to 23 years in a New York State prison. Weinstein had hoped for five years. His attorney argued that anything more would be tantamount to a life sentence for the 67-year-old former Hollywood mogul. A life sentence it is, then.

Harvey Weinstein is having a really bad time. The former movie mogul who has been accused of sexual misconduct by 87 women has been convicted on two counts of rape and sexual assault in the New York courts, meaning he will face prison time. Ahead of his sentencing today, Weinstein’s defense attorneys have been trying to garner sympathy by revealing what his life is like outside of jail and what might become of him inside.

Convicted rapist Weinstein could face as many as 29 years behind bars for his crimes. In a seven-page memo, his legal team argues for the minimum sentence of five years because anything more would be “a de facto life sentence.” Basically, they are arguing that Weinstein, a 67-year-old rapist with severe back issues that cause him pain and difficulty walking, would die in prison. They are arguing this is a bad thing.

Their other gambit is to point out life would be hard enough for the disgraced millionaire outside of jail, where he is a pariah. The memo reads in part:

Mr. Weinstein cannot walk outside without being heckled, he has lost his means to earn a living, simply put, his fall from grace has been historic, perhaps unmatched in the age of social media. Deserved or not, this is certainly a unique and extremely severe consequence that Mr. Weinstein had to endure, and in the age of social media and given his fame, virtually unrivaled when compared to any other defendant in the state of New York if not nationally.

Basically, despite his wealth, his fancy former wife, and his many, many famous friends, Weinstein couldn’t bully or buy his way out of rape convictions and will face prison time.

Making matters worse, his public reputation is sure to take more hits as 1,000 pages of court documents have been released. The top story so far has been that Weinstein declared, “Jen Aniston should be killed” in an email to a reporter. However, with many of Weinstein’s emails now accessible, the press is already finding his frantic pleas for help, which were sent to a slew of big names, including Michael Bloomberg and Jeff Bezos. And that’s not all!

Weinstein has a second criminal case pending in California. So, today’s sentencing might not be the only he’ll face.

← This Week on Podjiba: Are 'Devs' and 'The Outsider" Worth Watching? | Just Buy Your Momma a Damn House, Jeremy Renner →