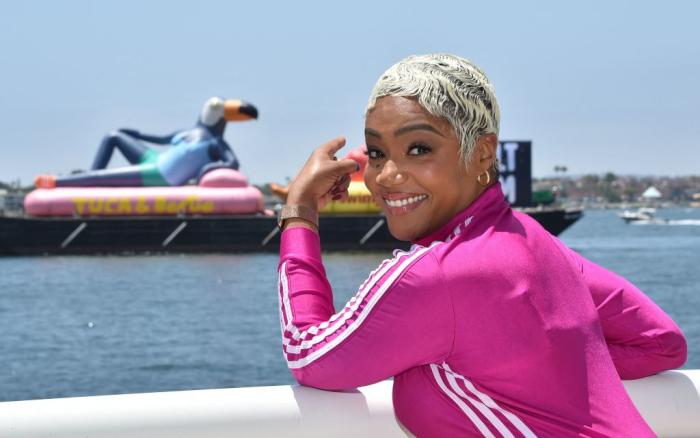 ‘Girls Trip 2’ Has Been Greenlit and Reaction Are Mixed

When Girls Trip, the raucous comedy starring Queen Latifah, Jada Pinkett-Smith, Regina Hall, and then-unknown comedian (outside of Black audiences, who had long been acquainted with her work) Tiffany Haddish, premiered back in 2017, it seemed like a safe bet as far as box office numbers are concerned. Several recognizable names (again, by white Hollywood standards) combined with the decade’s spate of successful female-led comedies meant that the film was sure to rake in some dollars, especially once positive early reviews came rolling in—even if too many of them unnecessarily drew comparisons to 2012’s Bridesmaids, ironically much like how that movie brought on countless needless comparisons to 2009’s The Hangover. It was a huge surprise to the industry, however, when Girls Trip, a film that cost $19 million to make, wound up raking in over $100 million (domestically; $140 million worldwide), a monster hit by nearly any metric. It’s the sort of comedy hit that would typically usher in a sequel faster than Netflix can kill a show, but aside from a whisper or a tease each year, there’s never been any absolute confirmation. All of that changed on Monday, when Girls Trip co-writer and Harlem showrunner Tracy Oliver confirmed it at Sundance with Variety, stating, “That it’s officially happening,” and that the film will be set in Ghana this time around.

Speaking personally—and I suspect I’m not alone in this—this news would have had me over the moon had it arrived several years earlier. Much has changed since then, due in large part to several controversies that Tiffany Haddish has been embroiled in, including being accused of spreading vaccine misinformation and allegedly doxxing a Black doctor. With the exception of some online communities, the matter went largely unknown, but things went completely south for the comedian this past fall when a civil suit was filed alleging Haddish and (body-shaming) comedian Aries Spears of abusing two minors by using them in a sexual-themed skit that made the rounds online back in 2014. The case was dismissed by the plaintiff’s request mere weeks later, during which Haddish stated, “But, clearly, while this sketch was intended to be comedic, it wasn’t funny at all — and I deeply regret having agreed to act in it.” Despite how quickly the case went away, the charges were damning enough to affect Haddish’s bottom line, with the comedian confessing, “all my gigs are gone.” While it’s highly unlikely that she’ll be invited back to host the Kids Say the Darndest Things revival, Haddish seemed to land back on her feet once again with the second season of Afterparty set to premiere in April, along with Disney’s live-action The Haunted Mansion (starring Jared Leto, ugh) scheduled for theatrical release in August.

As distasteful as those allegations were, collective public memory is short, which means this past fall’s outrage will probably be diminished to mere whispers come this summer, perfect timing for Haddish to join her co-stars on the inevitable press tour. With the Girls Trip sequel years away, the lawsuit will be considered ancient history in Hollywood terms. But for those of us with a more steadfast memory, a dark cloud will likely persist over what would otherwise be a welcome second installment. When producer Will Packer was recently asked about including Haddish in a possible sequel, Packer responded, “I can’t make it without her.” It’s a timely rebuttal considering the growing opinion among people on Twitter (which is, of course, by no means an accurate measure of larger public sentiment) to simply replace Haddish with everyone’s current favorite television comedian, Janelle James. It’s not a terribly practical decision considering the well-established friendship history laid out in the first film, but I’m sure James appreciates the love thrown her way.

For many fans of Girls Trip, the reception toward the sequel news can presumably be described as “complicated,” which is perfectly okay. It’s okay to be ecstatic over the thought of Queen Latifah, Jada Pinkett-Smith, and Regina Hall being reunited on screen once more while also feeling ambivalent toward the inclusion of a comedian who has a history of displaying poor judgment beyond what’s been laid out here (notably her old comments on Bill Cosby). Feelings and opinions are rarely static, and it’s perfectly acceptable for them to change as time moves on and new information comes in. It will be quite a while before production even begins and any number of things can happen during that time, from the planned sequel fizzling out (an increasingly common scenario) to Haddish possibly making the effort to atone and take better steps in the future—one can always hope. What is certain, however, is it’s unfortunate that what should be exciting news about a group of hilarious, vivacious women having fun in a part of the world that’s almost always depicted as endless strife or safaris has been dampened by their co-star’s lousy actions.

Kaleena Rivera is the TV Editor for Pajiba. When she isn’t wrestling with conflicted feelings, she can be found on Twitter here.


← How Does 'The Last of Us' TV Show Differ From the Game? | Adult Swim Is Done With 'Rick and Morty' Creator Justin Roiland →