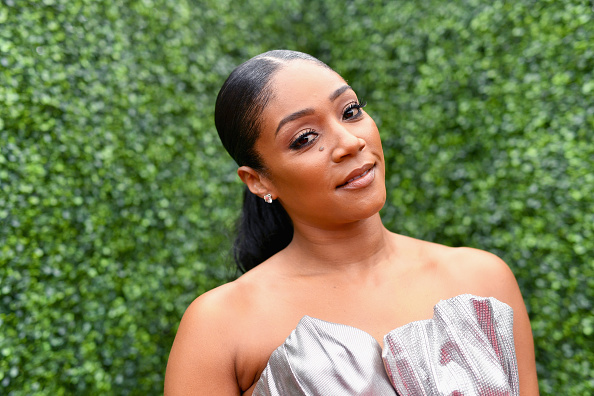 Tiffany Haddish and Aries Spears are being sued for coaxing children, Jane and John Doe (14 and 7 years old at the time of the events in 2014) into performing sexually suggestive acts for a pair of sketches the two comedians taped. In one video, Jane was asked to mimic what she had seen on the screen, another pair of actors eating a Subway sandwich as though they were having oral sex with the sandwich, “including the noises.”

In the other video, called “Through a Pedophile’s Eyes,” Jane’s seven-year-old brother, John Doe, was asked to perform sexually suggestive acts while Aries looked on from a peephole, according to The Daily Beast.

John spends most of the video clad only in his underwear as Spears’ character leers at him through two holes cut into a newspaper he pretends to read. During the sketch, the camera zooms in suggestively on the 7-year-old’s buttocks and crotch while he plays. Spears sprays baby oil onto the child’s back and massages it into his shoulders in one scene, and at another point the child plays with a train in a manner that suggests phallic masturbation. In another sequence, Spears smokes a cigarette while observing the child nude in a bathtub and pours water on his feet.

By the time the video ends, the child is peering at his babysitter through a newspaper and rubbing baby oil on his shirtless shoulder. The final line of on-screen text reads: “WATCH WHO YOU LEAVE YOUR KIDS WITH!”

John was left very upset, told Jane that he no longer wanted to film, and called his mother crying. Haddish allegedly told their mother, “I don’t think acting is for him.”

Both Jane and John assert that they were left traumatized by the incidents, which has manifested in a distrust of adults and an inability to date, while John allegedly places Band-Aids over all the cameras on his electronics out of fear of being recorded. “It f**ked me up real bad,” John Doe said.

Jane and John’s mother, who was friends with Tiffany Haddish at the time of the alleged abuse, only found out about what was recorded four years later when the website Bossip published an account of it. The mother negotiated a settlement with Aries in 2019. The 2022 lawsuit includes Haddish and is being brought by Jane and John Doe asking for specific, general, and statutory damages.

Haddish, through her attorney, denies the allegations. “The plaintiff’s mother ‘has been trying to assert these bogus claims against Ms. Haddish for several years … Now, [the mother] has her adult daughter representing herself in this lawsuit. The two of them will together face the consequences of pursuing this frivolous action.”


← Lea Michele Can Too Read! | Tom Brady and Gisele Bündchen's Marriage Is Reportedly Not Doing Well →