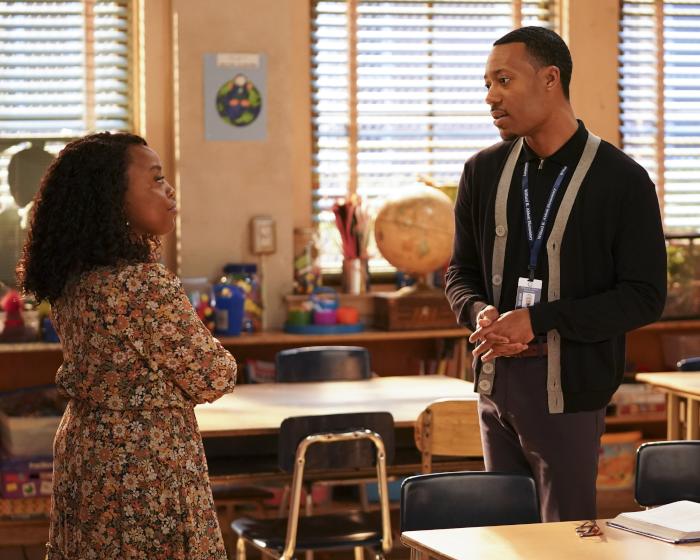 ‘Abbott Elementary’ Is Trying to Kill Us

Since its wildly successful debut season, Abbott Elementary has become the network feel-good show. Quinta Brunson, creator and star, came swinging out the gate with her take on the challenges that lie within the public school sector, along with its employees whose sole coping mechanisms are duty and hope, that somehow still manages to be screamingly funny. As good as season one was, this latest season has, amazingly, surpassed it both in the number of laughs—I did not think it possible for Janelle James to get funnier, but here we are—and the depth of storytelling (Barbara being forced to address her tendency to judge was masterfully done). But progress naturally means that stakes will be raised, and in that vein, there’s one storyline that’s threatening to destroy my peace of mind: 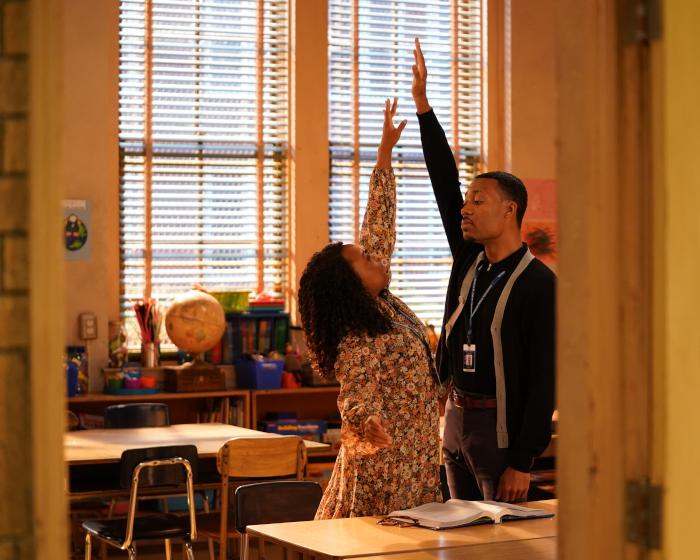 After its emotional season finale, the newest season of Abbott Elementary has brought us a stronger, more confident Janine (Brunson), especially as she copes with being newly single. Though the series has strongly suggested that Janine and Gregory (Tyler James Williams) will be endgame ever since the two first met in the pilot episode, Brunson has made the savvy, if painful, decision to keep the two apart for however long she’s deemed necessary. But this week’s episode stepped their growing attraction up in a big way and I, for one, have been left shaking. How can I not, especially after this moment here (spoilers from here on out)?

There have been plenty of sweet moments throughout the season, especially with how much Greg pays attention to her needs (knowing her favorite film, offering electrolytes after her food poisoning incident, and so on), but that club scene? Pure fire. It’s the first outright sexy moment on what’s been an otherwise tame show. But as sensual as that dance floor scene was, nothing made my heart stop like the scene outside the club, when the two are finally alone together:

I nearly passed out.

I love yearning, truly I do. But this holiday episode borders on cruel. How are you going to give me Greg’s “beautiful” moment only to snatch it away seconds later? Watching him stare at Janine like she’s a gorgeous sunrise was almost enough to make my heart stop. It’s the stuff of shippers’ dreams, but alas, external forces seem to have conspired to keep the pair apart. Unfortunately, it doesn’t look as though anything is going to change any time soon since Greg is dating Amber (Nate’ Jones), and from the looks of things, Janine is about to have a thing with rapper Vince Staples, who plays Greg’s friend Maurice.

Yes, I know, character development is good, and it’s almost certainly in Janine’s best interest to have a dalliance or two in order to get a better grasp of romantic and sexual dynamics before getting into another long-term relationship. But the heart wants what the heart wants, and right now I want nothing more than these two adorable humans to ride off into the sunset together. So to you, Quinta Brunson, I say happy holidays (if you celebrate them, of course) and well done for leaving legions of fans punching the air as you cleverly deny us the thing we want most. Well played.

Kaleena Rivera is the TV Editor for Pajiba. When she isn’t cry-laughing over Ava’s, “pour me something cheap so I can spit it out,” bit, she can be found on Twitter here.


← The Picturesque 'Lady Chatterley's Lover' Has All the Heat of a Wet Log | Review: Just Let Me Look At Olivia Colman, 'Empire of Light'! →