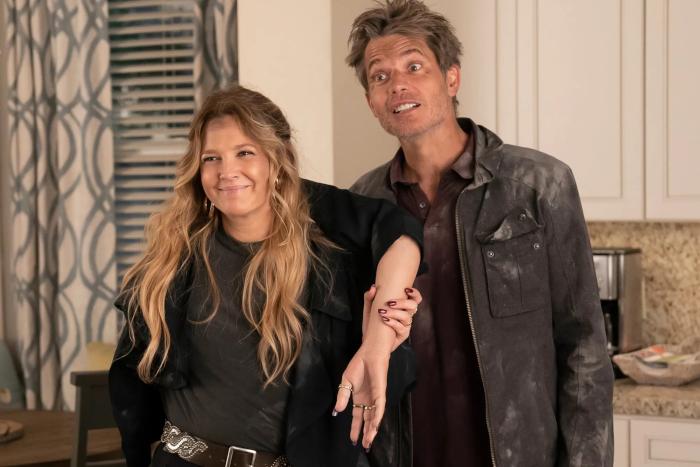 Netflix: 'We Have Never Canceled a Successful Show'

Ted Sarandos, a longtime fixture with Netflix, continued in the role of co-CEO — now with Greg Peters — as Reed Hastings stepped aside this month in what turned out to be a much more orderly and planned transition of power than what’s been going on over at Disney.

This is not about that transition but about something Ted Sarandos said to Bloomberg while discussing it: “We have never canceled a successful show.” Here’s the full context:

Sarandos: We are equal parts HBO, AMC, FX, the Food Network, HGTV and Comedy Central. Lifetime. You used to have to hunt through 500 channels of cable to find them all and now they’re gonna be on Netflix. The measure of quality is, if you love a dating show, make it as good as The Ultimatum, make it as good as Love is Blind. There’s no difference in prestige quality television in each of these genres as long as they’re well executed.

How has the evolution of the business affected your relationship with the creative community? Online there are constantly people outraged about shows getting canceled.

Sarandos: We have never canceled a successful show. A lot of these shows were well-intended but talk to a very small audience on a very big budget. The key to it is you have to be able to talk to a small audience on a small budget and a large audience at a large budget. If you do that well, you can do that forever.

Actually? Probably. I looked through the list of series that Netflix has canceled, and for all of our complaints about the three-season curse, no one gave a damn about the cancelation of 80 percent of these shows, fifty percent of which most of us have never heard of. Aside from the Marvel series (canceled because Disney had taken over the titles) and two series canceled because of the pandemic (The Society, GLOW), I am struggling to find “shows” among the Netflix’s history of canceled originals that qualify as “successful” in anything other than the critical context. Everyone seemed to love One Day at a Time, for instance, but Netflix gave that series three seasons to find an audience that would justify the expense and people were outraged when it was canceled. However, Pop TV picked it up, and it was canceled again a season later because it still couldn’t find a sustainable audience. That’s not on Netflix. That’s on us.

We often cite Santa Clarita Diet as one of the more egregious cancelations, but let’s be honest: That was a smaller audience on a bigger budget, it’s just that the smaller audience was mostly people who frequented sites like this. I doubt anyone in your neighborhood would have recognized where your costume was from if you’d dressed up as Nathan Fillion’s head for Halloween. I’m sure there were other pockets of the Internet upset about the cancelations of The OA, but that show was incoherent and had little mainstream success, as well.

Here’s a list of Netflix original series that have been canceled. Cancelations in bold kicked up a fuss on the Internet. Underlined cancelations just pissed me off personally.

People often complain that Netflix puts too much pressure on viewers to watch a series within the first week or two, which is both fair and not. It will end its run if you don’t watch a stage production in the first couple of weeks. If you don’t watch a movie over the opening weekend or the one thereafter, theaters will pull the movie from screens. I would love it if streamers gave more time for audiences to find new shows, but how often does that actually happen? Should businesses be required to subsidize our procrastination?