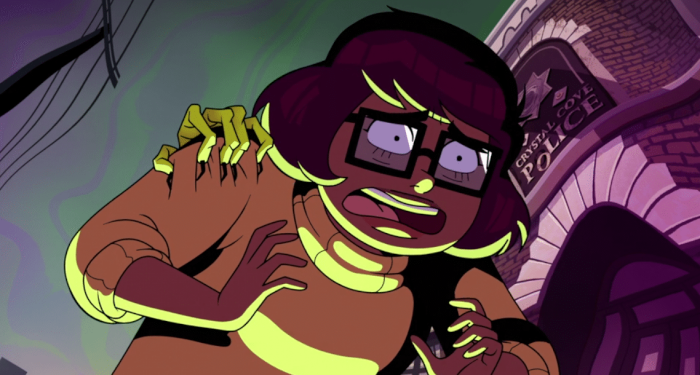 The Case Against 'Velma' On HBOMax

On paper, an animated Scooby-Doo spinoff involving Fred being accused of murder, Daphne and Velma having the hots for each other, and Shaggy being a super nerdy social media Food Influencer sounds fantastic. But creator Charlie Grandy and producer Mindy Kaling did not understand the assignment. Instead of something great, we got this hyper-edgy, awkwardly unfunny show no one is enjoying.

The general plot works, but everything that comes out of each character’s mouth makes me wince. In the four episodes now available to stream on HBOMax, I found three jokes that landed. Everything else was cringy, try-hard garbage. Also, there’s no dog. I get that this show is supposed to be focused on Velma’s weird life, but not even one mention of Scoob? Come on. 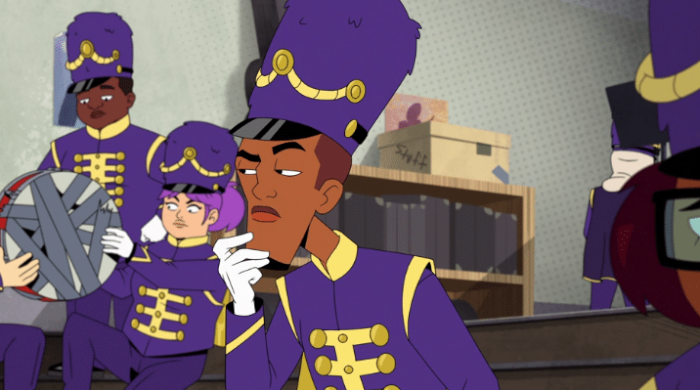 The voice cast is amazing, and I want to write them a whole new script. Along with Kaling as Velma we’ve got:

This should have been a slam dunk, damn it!

Velma Dinkley is a weird, outcast loner at Crystal Cove High School. As a child, she used to solve mysteries. However, since the disappearance of her mother, Velma is plagued with terrifying hallucinations whenever she thinks about anything mysterious. It happens multiple times per episode, and it’s dumb. Velma and Daphne used to be friends, but now they’re mortal enemies in the way only high school girls know how to be enemies. Daphne is part of the clique of beautiful girls at school who find themselves being hunted and mutilated. Velma has been vocal about her hatred of all these beautiful, popular girls, so she’s the main suspect. Norville (aka Shaggy) — who is straight-edge, completely humorless, and has a serious crush on Velma — sets out to help her prove her innocence and uncover the true culprit. 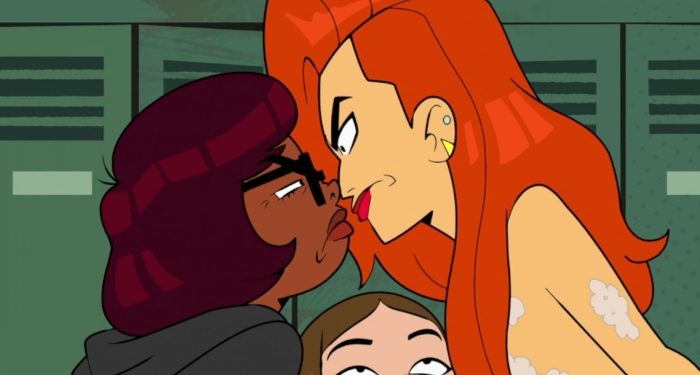 Fred Jones, a popular jock and all-around player, becomes a suspect because of his uncontrollable anger issues, which stem from being the product of overbearing parents. During the course of the investigation, Velma and Daphne make out with each other, Velma realizes she (also) has a crush on Fred, and Fred reveals that he hasn’t gone through puberty yet and is a spoiled baby who needs someone to cut up his food for him. Velma still crushes on him. (Gross)

There’s also a rivalry between Velma and Daphne to be crowned the least vulnerable girl in school, which pits them against each other in a self-defense tournament sponsored by Daphne’s moms. The only way for two women to resolve their complex feelings for each other is clearly through Foxy Boxing. 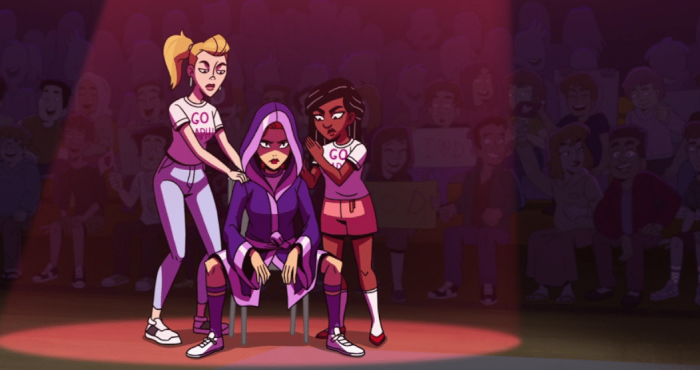 When the B plot kicks in things get dumber and more confusing. Velma’s hallucinations around mystery-solving are happening because she feels guilty about being the cause of her mother’s disappearance. Apparently, the poor woman didn’t like this Velma any more than the rest of us do and abandoned her family. Or so we are led to believe. However, it’s revealed that the last place Mrs. Dinkley was seen was at the Jones Family estate, and Fred is implicated in the deaths of all the pretty girls at school and Velma’s mom. This pitiful dummy can’t catch a break.

In an attempt to win Velma’s heart and wiggle his way out of The Friend Zone, Norville puts on his dad’s magical, counseling cardigan and tries to use its hypnotic powers to get Fred to confess to being involved in Mrs. Dinkley’s disappearance. He causes a prison riot instead. 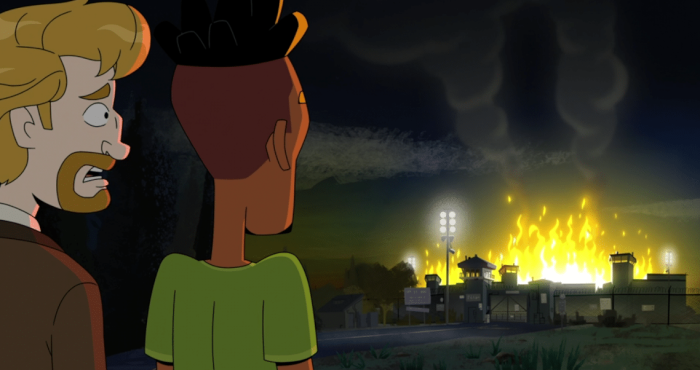 Velma is unpleasant. It replaced all of the wacky yet loveable hijinks of the original IP with a complicated mess whose only nod to fans is a pile of dusty easter eggs hidden in Velma’s closet.

There are supposedly six more episodes HBO has yet to release. I don’t want them. HBO can keep ‘em. But if you’re curious about what an “adult” Scooby Doo show with locker room nudity looks like, or if you’ve been waiting for something to satisfy your Velma/Daphne slash fiction itch, Velma is available to stream on HBOMax.