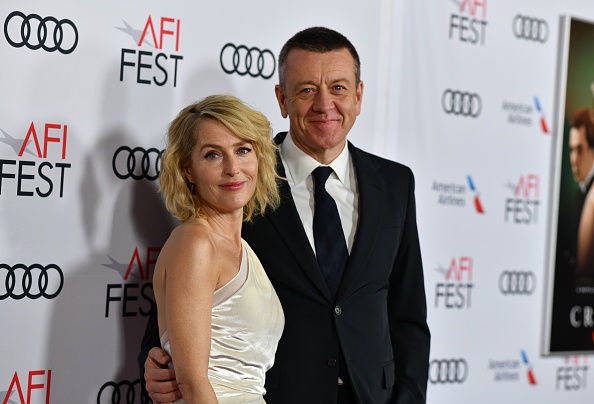 Gillian Anderson and Peter Morgan Are No More

Too bad they’re kaput. After four years, the two have parted ways romantically, although they apparently never lived together, so their lives weren’t fully enmeshed, which worked for Anderson, who often bragged that they didn’t live together. Such an arrangement also probably keeps the kids — Anderson has 3 from previous marriages, and Morgan has 5 — from getting too involved. “It works so well as it is, it feels so special when we do come together,” she once said in an interview. “And when I am with my kids, I can be completely there for them. It’s exciting.”

The relationship, alas, had simply “run its course,” according to The Daily Mail, but Anderson and Morgan intend to “remain great friends,” which is a very British thing to do (see also Michael Sheen and Kate Beckinsale).

Anderson, by the way, can currently be seen as Margaret Thatcher in Morgan’s fourth season of The Crown, which has taken some dramatic liberties, which everyone apparently understands except the British culture secretary.


← Who Is Ben Dreyfuss And Why Does He Suck? | Mitch McConnell Is The Grinch In New 'Full Frontal' (And In Real Life) →