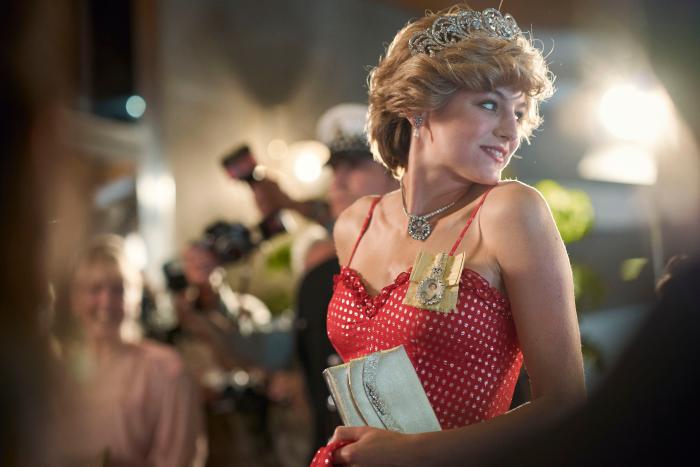 Do We Really Have To Explain To People That ‘The Crown’ Is Fictional?!

Do we really have to do this? In the year of our worldwide panic, 2020? Is this where we are?!

Following the premiere of the fourth season of Netflix’s The Crown, a slew of think-pieces demanded that the series be held accountable for its fictionalizing of history. Journalists, columnists, and a number of people with royal connections expressed their displeasure that the show, which spent this season focusing on the 1980s and the marriage between Prince Charles and Princess Diana, seemed to take some liberties with the truth. This has culminated in Oliver Dowden, the culture secretary, telling the Mail on Sunday that the creators of the show needed to ‘be very clear at the beginning’ that it’s a work of fiction. Dowden told the paper he intended to write to Netflix this week to express his concerns. Yup, really. That’s a thing that a politician is doing, and he’s doing it with the support of a major British newspaper. A high-ranking Tory is upset because a TV drama categorized as a drama on Netflix didn’t begin with Olivia Colman reminding him, like a nursery school teacher, that what he was about to see wasn’t real.

Oh dear lord, we truly are doomed as a species, aren’t we?

So, how much of this is concern-trolling, how much is general idiocy, and how much is rooted in the right-leaning British media’s endless attempts to distract from the ongoing trash-fire that is Brexit? Really, it’s a little bit of everything, with a light sprinkling of royalist nonsense for extra flavor. The tabloids need to keep up appearances with the Windsors, as well as maintain those warm relations. I’ve seen some people speculate that this press backlash is rooted in some conspiracy from the Prince of Wales’s office as a way to drum up a convenient distraction following the absolute battering that Charles’s reputation took once people were reminded of how terribly he treated Diana. That feels like a stretch, to be honest, and it would also be way sloppier PR that Charles’s people are used to. Nor do I think this is part of the anti-Meghan brigade, although it certainly provides an interesting contrast from their usual defenses of the suspect rhetoric they level at her.

The British press has leaped aboard the culture war bandwagon in a big way over the past couple of years. Papers like The Sun and The Daily Mail were never exactly progressive on that front, but there has been a noticeable shift in the volume and method of reporting dedicated to faux-outrage over pop-culture tidbits. An unreasonable amount of page space, both on and offline, has now been dedicated to the kind of rabblerousing anti-SJW screeds that wouldn’t look out of place on 4Chan or your estranged uncle’s Facebook page. Indeed, he’s probably the target audience for this guff. It’s the same pattern of recycled anger, from complaining about the removal of a homophobic slur from ‘Fairytale of New York’, something that happens every year, to networks’ removal of TV episodes featuring blackface. It’s our generation’s version of Mary Whitehouse’s puritanical crusade against the ‘sick filth’ of the arts, represented mostly by stories that tackled violence, politics, or allowed LGBTQ+ people to exist. Before, said battle was spun as one of decency and good clean British values. Now, it’s a desperate fight for dominance in a culture that has outgrown them.

Sadly, it’s also a rather efficient tactic, a means to rile up extremist political rhetoric cloaked in the supposed frivolity of pop culture. As a means of diversion, it’s hugely successful, and the Conservative-supporting papers of the UK have a lot they want to distract readers from. Why worry about the thousands of people who died from COVID-19 thanks to the Tory Government’s ineptitude or the continuing chaos of Brexit when you can get your readers riled up at a TV show by pretending it’s a scandal for creators to fictionalize history?

Still, even though the tactics at play here are transparent in their intent and execution, it’s still worth bemoaning just how disheartening this particular brand of idiocy is. How depressing that our collective media illiteracy is so staggering that some people, in good faith or otherwise, think that such disclaimers are necessary. The Crown isn’t sold to the world as the unimpeachable truth, nor does it strive to be. It’s a dramatization of 20th-century history via soap opera and prestige drama, a concept that aims more for truth in spirit than agonizing accuracy. That’s what the past century of film has dedicated itself to. People don’t watch the show for a documentary, but they may strive for answers of-sorts regarding this notorious and emotionally cloistered clan. It’s certainly an area of British history ripe with scandal, and plenty of novels, docuseries, movies, and the like have already tackled it. If you want the truth, read a book. Then again, Britain has never exactly committed itself to historical honesty over the centuries when it comes to issues of race, gender, sexuality, and so on.

A lot of people want to believe that stuff like The Crown is 100% fact. It’s easier than not knowing the truth, but the reality is that we simply don’t know and never will know the minute details of everything that happened in Buckingham Palace between Queen Elizabeth, Prince Charles, and Princess Diana. For the bad-faith players in this non-drama, the politics and intent are less wholesome. I suppose it’s a change of pace from the annual ‘liberals are too sensitive about the F word in Fairytale of New York’ hubbub.

← It's the Gallaghers vs. the Milkoviches in the Final Season of 'Shameless' | Reddit Asks the Question: 'What Was a Normal Situation in the Eighties and Nineties That Is No More?' →