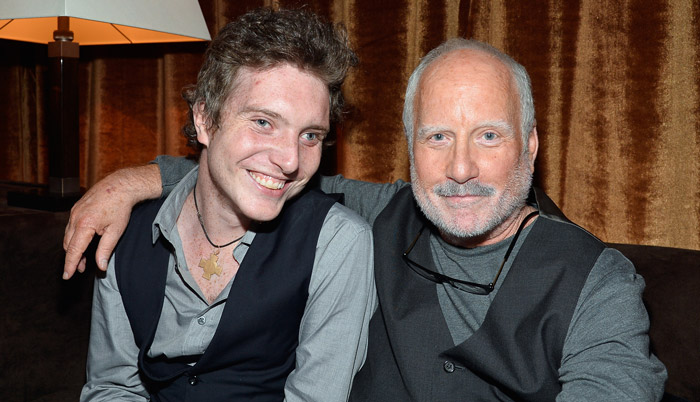 Who Is Ben Dreyfuss And Why Does He Suck?

It’s turning out to be a real time for celebrity offspring acting like fools. Hot on the heels of Chet Hanks hazing it up, and the whole Hallie Meyers-Shyer thing, Ben Dreyfuss laid down a Twitter thread that has film lovers agog.

It began last night, when the son of actor Richard Dreyfuss and actress Jeramie Rain responded to a tweet from VOX that announced their Top 5 Films of 2020.

Never heard of even one of these movies

Then, his sister Emily Dreyfuss backed him up:

Now, if this were the end of it, no big deal. Every year when it comes to Top Ten movie lists, even the most devoted film lover will see praise heaped upon titles they haven’t seen. That’s because—not to get TOO inside baseball—professional film critics have film festivals and For Your Consideration screeners to make sure they can see the movies that may open for a qualifying run in New York and Los Angeles, but won’t be widely available until closer to Oscars time. Frustration about this gap is totally understandable, perhaps especially in 2020, when many of us can’t even go to movie theaters much less get screening links to the supposed cream of the crop!

However, then Dreyfuss doubled down with quite the thread.

I know this is not a very evolved thing to say but I personally don’t care very much for small independent films.

I’m happy they exist but if any of them are really good I think they should get remade on a larger studio-budget scale.

I did like this one independent film I saw one time. It was called like…fuck I’m blanking on the name. It’s about these like poor British men who do a cabaret. The Full Monty! Loved it! Pretty sure that was an independent film.

What was the name of that other movie the brits made in the late 90s about poor working class English people who learn to be more woke? Billy Elliot! I loved that movie too. So cute.

Maybe I should watch the full monty right now.

I like happy movies that don’t challenge me. Why in the world would I want to be challenged?

There’s a lot of flaws in this thread, chief among them treating indie film as if it’s a genre. There’s such a massive variety of cinema within the independent arena, that to flatten them like this is not just a disservice to millions of artists, but also makes Dreyfuss look like a total moron. This take is so bad that some assumed Dreyfuss is kidding. Maybe it is a joke! But also: aren’t jokes supposed to be funny?

So, if after all of this, you’re still wondering: who is Ben Dreyfuss and why should I care one single f*ck what he thinks about indie cinema? Aside from being famous folk offspring, he’s an actor whose biggest role to date was playing Young Bernie Madoff in the 2016 mini-series Madoff. (Guess who played the title role? Did you guess his dad? YOU WIN!) He’s also a writer for Mother Jones, who recently penned a piece called “That’s Steven Spielberg. He’ll Fix Everything.” It begins with this personal anecdote:

In 1989, my father starred in a film called Always. Our family was attending a screening before the premiere, when suddenly the screen went dark. The film had broken! A man came running down the aisle, and my father whispered, “That’s Steven Spielberg. He’ll fix everything.” And he did!

From there, he explains this piece was inspired by a Twitter thread by his sister. He then recaps the past year of film industry struggles with all the passion and insight of a Wikipedia entry. You might think being raised by showbiz parents would give him a greater understanding of the industry, making him perfect for entertainment reporting. You’d be wrong. Instead, Dreyfuss concludes with “I’m honestly not sure how theaters near me haven’t yet gone out of business,” no reporting, and the blithe suggestion that if Steven Spielberg can’t single-handedly save the film industry as he did a single screening of one of his films, then hey maybe the government?

So, as to the second question: should you give any credence to this guy’s thoughts on indie cinema? No. Absolutely not. Do not pass go, do not collect nepotism privilege.

In other news, our Top Tens will be coming after the Christmas holiday. Don’t be a Ben about it.