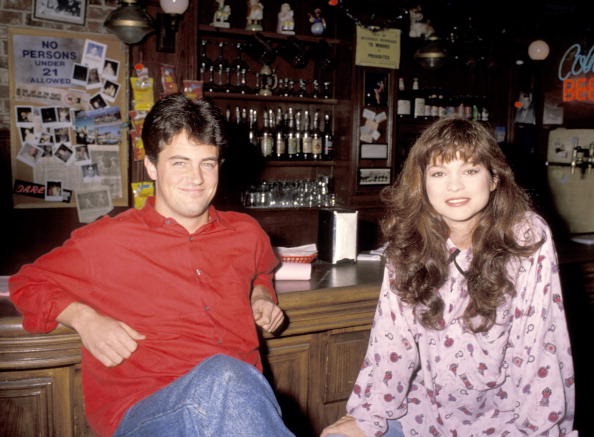 A Mortified Valerie Bertinelli Reacts to that Matthew Perry Story

Matthew Perry’s Friends, Lovers and the Big Terrible Thing hits bookstores on Tuesday, but the way things are going, all of the stories will have already been revealed before the book’s release. We already know he hates Keanu (just kidding), dated and dumped Julia Roberts, and nearly died four years ago because of his opioid addiction. 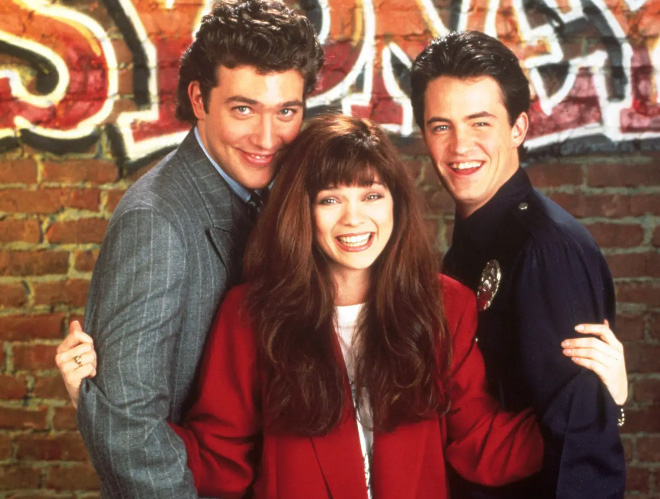 The book also includes an account — that has gone viral — where 19-year-old Matthew Perry makes out with Valerie Bertinelli, with whom he co-starred in the short-lived 1990 sitcom Sydney.

“I fell madly in love with Valerie Bertinelli, who was clearly in a troubled marriage,” Perry writes in the memoir. “My crush was crushing; not only was she way out of my league, but she was also married to one of the most famous rock stars on the planet, Eddie Van Halen.”

I was obsessed with her and harbored elaborate fantasies about her leaving Eddie Van Halen and living out the rest of her days with me. Then “one night … I was over at Valerie and Eddie’s house, just hanging out and gazing at Valerie, trying to make her laugh. When you made her laugh, you felt ten feet tall.

“As the night progressed, it was clear that Eddie had enjoyed the fruits of the vine a little too hard, one more time, and eventually he just passed out, not ten feet away from us, but still. This was my chance! If you think I didn’t actually have a chance in hell you’d be wrong, dear reader — Valerie and I had a long, elaborate make-out session. It was happening — maybe she felt the same way I did.”

Alas, Bertinelli did not feel the same way. The next day, she acted as though the make-out session had never happened. “I quickly got the hint and also played the role I was supposed to, but inside I was devastated,” Perry concluded.

To Bertinelli’s credit, she does not deny the story. Why would she? It was 35 years ago and her late ex-husband has passed. She does, however, suggest she is mortified (but not really) on TikTok.

It’s beside the point, but I have to say that the cast for Sydney is the most ’90s cast ever: Perry, Bertinelli, Craig Bierko, Daniel Baldwin, Yeardley Smith, Kevin Dunn, and Andy Dick. Wow. There must have been a huge budget for mousse.