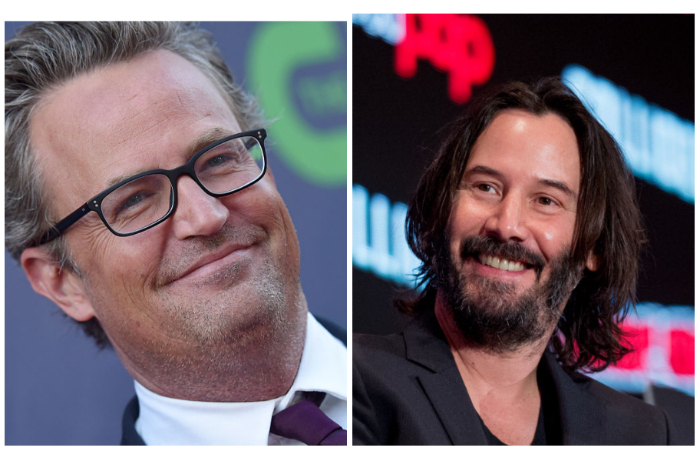 Matthew Perry, the former Friends star, has a memoir coming out next week, Friends, Lovers and the Big Terrible Thing. In it, he speaks about his time on Friends and openly about his struggles with addiction, including the coma he was in four years ago that nearly killed him.

I’m sure there are a lot of interesting anecdotes in the memoir — apparently he dated, and dumped Julia Roberts — but he also seems to have a weird dislike for the Internet’s boyfriend, Keanu Reeves.

“Why is it that the original thinkers like River Phoenix and Heath Ledger die, but Keanu Reeves still walks among us?” Perry writes at one point in his memoir while recounting the death of Perry’s friend, River Phoenix. “River was a beautiful man inside and out and too beautiful for this world, it turned out. It always seems to be the really talented guys who go down.”

That’s a weird, out-of-left-field shot to take at Keanu Reeves who, recall, was actually Phoenix’s best friend. The Keanu dig, however, was not isolated. He takes a swipe at him again when talking about the death of Chris Farley, with whom Perry co-starred in 1988’s Almost Heroes.

“I punched a hole through Jennifer Aniston’s dressing room wall when I found out,” Perry wrote about the death of Farley. “Keanu Reeves walks among us.”

What the hell? Again, Perry is mocking Keanu, who Perry must think is an easy target because Perry has … never opened the Internet? Except that Reeves, again, was Phoenix’s best friend, and Reeves has had his fair share of tragedies, too. How weird and random. I guarantee one thing, however: If Reeves ever heard about this, I’m sure he would say that he only wants the best for Perry and wishes him well in his continued recovery. Thank God Keanu Reeves still walks among us.