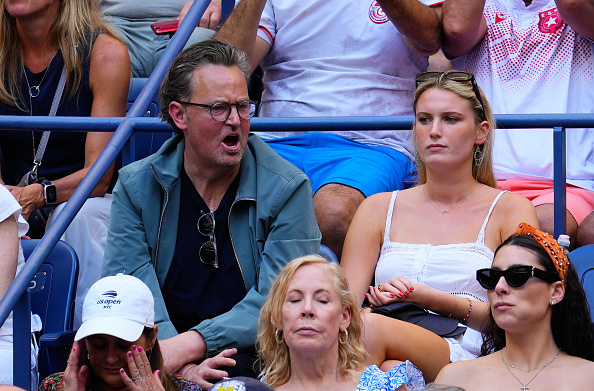 Matthew Perry had a fairly unfortunate run after Friends ended, although he’s done terrific work, especially on The West Wing and The Good Fight. His three attempts to create another hit sitcom — Mr. Sunshine, Go On (which was very good), and The Odd Couple all failed with varying degree.

Perry, however, hasn’t acted since 2017 and, save for a few Instagram posts where he sells Friends merch and the Friends reunion on HBO Max, Perry has stayed largely under the radar. Part of that is because he spent five months of that time in a hospital, two weeks of which he was in a coma, owing to a gastrointestinal perforation that resulted from his addiction. That was about four years ago when Perry’s opioid addiction got so bad that he ended up with a colostomy bag for nine months.

He attributes that colostomy bag, however, to his current sobriety, as he tells People magazine. “My therapist said, ‘The next time you think about taking Oxycontin, just think about having a colostomy bag for the rest of your life.’ And a little window opened and I crawled through it and I no longer want Oxycontin anymore.”

As he will recount in his forthcoming memoir, Friends, Lovers and the Big Terrible Thing, Perry nearly died. In fact, he says he had only a 2 percent chance of surviving his ordeal. “I was put on a thing called an ECMO machine, which does all the breathing for your heart and your lungs. And that’s called a Hail Mary. No one survives that.”

Perry, who has been in rehab 15 times, concedes that he was sober off-and-on during the 10 seasons of Friends, at one point falling to 128 pounds because of an addiction so intense he was taking 55 Vicodin a day. He was, however, sober during the season he won an Emmy. “Season 9 was the year that I was sober the whole way through. And guess which season I got nominated for best actor? I was like, ‘That should tell me something.’”

Perry is doing well now — he said he needed to be “safely sober” before he could write his memoir — and he still has that vintage Chandler sense of humor. “I’m pretty healthy now. I’ve got to not go to the gym much more, because I don’t want to only be able to play superheroes. But no, I’m a pretty healthy guy right now.”

Friends, Lovers and the Big Terrible Thing is out on November 1st, and while I’m not typically a big fan of the celebrity memoir, I suspect I’ll make an exception for Perry’s.