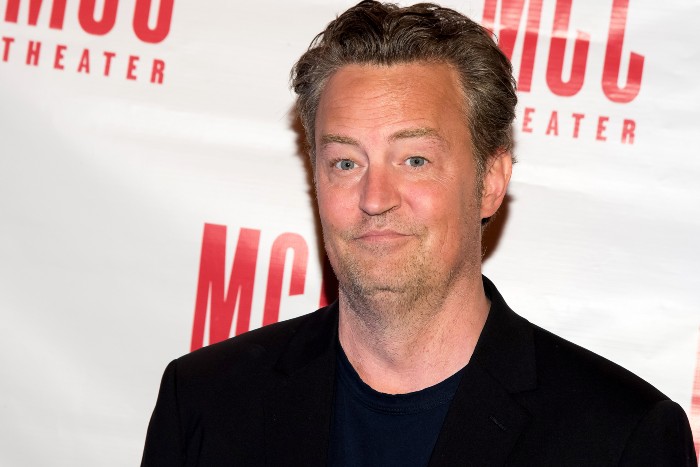 After getting lit up by the entire internet, Matthew Perry has apologized for a passage in his book where he laments that River Phoenix, Chris Farley, and Heath Ledger died, but “Keanu Reeves still walks among us.” Perry claims he “chose a random name” and should’ve used his own name instead. Considering the Phoenix angle, choosing Keanu didn’t seem very random, but okay. (PEOPLE)

The Hollywood premiere of Wakanda Forever was a fashion parade. (Lainey Gossip)

Chris Redd was attacked outside the Comedy Cellar. (Dlisted)

Meghan Markle is “extremely” disappointed that people pushed back on her Deal or No Deal comments. (Celebitchy)

From Kayleigh: True author legend Clive Barker has no time for J.K Rowling’s transphobia. (Far Out)

Gwyneth Paltrow: “Can you be a feminist if you still want to cook?” (IndieWire)

From Kaleena: Wow, thanks Ethan Embry for putting a huge lump in my throat.

Spirit Halloween is not amused by your fake costume memes. (Rolling Stone)

Henry Cavill can’t wait to portray an “enormously joyful” Superman, which sounds like a not-so-veiled shot at Zack Snyder. (Variety)

Pam Grier defends Quentin Tarantino using the N-word in his movies and also blames most of them on Samuel L. Jackson. (The Wrap)

We’ve almost reached the pinnacle of the spooky season. Cannonballers are sharing their favorite spooky reads—the books they are afraid to read alone. Do you like a good gore-fest or the creeping dread of psychological horror? Stop by the blog and share your best recommendations. (Cannonball Read 14)

I promise you you are not ready for what this fucking thing does 30 seconds in https://t.co/HbAU9Y05ni


← 'House of the Dragon' Episode 10: War Is All That's Left | A Mortified Valerie Bertinelli Reacts to that Matthew Perry Story →