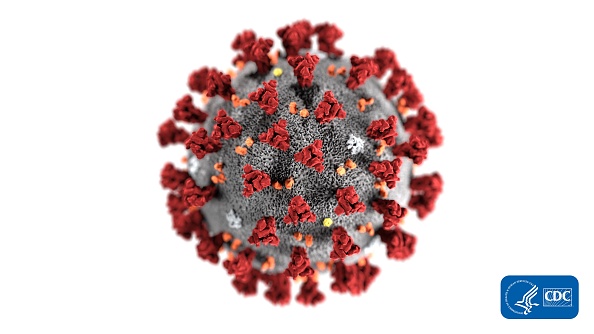 You Want Hope? Listen to the Nerds

Today is April 6th. Somehow, we have made it nearly a month since what Kumail and Emily call “Tom and Rita Day,” which was March 11th, the day this all became real for most of America. This month both feels like a year and like it was three days ago. Time has lost all meaning. Someone on Twitter said that we are collectively living Groundhog Day right now, and that sounds about right.

However, things changed a little overnight. The grim, repetitive news cycle started to offer little tiny specks of hope. In Spain, the pace of deaths slowed again — the fourth day in a row, and it’s about half of what it was a week ago. Italy reported its lowest daily death total for more than two weeks. Likewise, the daily death toll fell in France, as did ICU admissions, and Germany saw a slowdown in new infections for the fourth day in a row.

This is little consolation for places like New York, New Jersey, New Orleans, and Detroit, which are heading into what is expected to be the absolute worst of it, but it does show that social distancing works, that the month we have spent indoors with our families will hopefully be worth it. We will probably have rolling epicenters here in the United States, and it’s likely — well, it’s damn near certain — that Florida and Alabama, and likely Texas will become epicenters next.

I’m glad that Europe is on the other side of this before we are, though, because I trust European countries to provide the model for how to re-open more than I might trust our own political leaders to provide that model. Speaking of which, it was like a light switch went off overnight, and this morning, I woke up to half a dozen articles about how we will eventually re-open the economy. We are starting to think about that! And that is hopeful! All of the articles, however, cautioned that massive testing — which we still do not have — will be paramount to getting the country back to work. We need to be able to test for new infections on a mass scale, and we need to be able to test for antibodies on a mass scale. No one, however, has suggested we are yet capable of that. I am hopeful that at least the private industry will be able to scale up for that in the next 6 weeks.

Most of these articles also emphasized a collective effort across the nation, something I am also fearful of, given how little support and guidance the states get from the federal system. Somehow, we have to figure out how to muzzle our President for the next seven months.

All of the articles also caution that we will probably enter into a stop-and-start phase of the epidemic, just as the Imperial College predicted at the outset. The Imperial College did not anticipate, however, how much we would learn about the virus in such a short period of time, nor the treatment options that may become available in the next few months.

The goal, it seems, is to arrive at an “acceptable amount of loss,” which is something of a terrifying notion. The idea is not to snuff it out completely — an impossible notion without a vaccine — but to slow down the rate of infection to a level that our healthcare system can handle it. The idea is to find enough therapies and slow the rate of infection down enough that there is a low hum of illness and death, like our flu seasons. That way, even as people continue to be infected, everyone will have an opportunity to receive the best healthcare possible (although, again, racial and socioeconomic factors will obviously play into that, unfortunately).

Meanwhile, capitalism is hopeful that we can figure this out. Markets rose in both Europe and in American futures today. Most of my compatriots around here are big fans of socialism, and I am, too! But sometimes I can value the motivating factor of greed to fix sh*t, and I think we’re all relying to some degree on the intelligence and compassion of scientists, and on the profit motives of their bosses to fix our sh*t.

In the end, it’s all gonna come down to data. That’s the essence of all of these articles. The nerds are gonna pull us through, y’all: The medical professions, the scientists, the epidemiologists, and infectious disease experts, and then all those people who collect and interpret data to determine where the next outbreak will occur and then move our resources there to snuff it out before it does. Hell, even Google is using data to help figure that out. The company is using location data to determine how well people are social distancing, plus Google data can help to pinpoint emerging outbreaks based on symptoms that people search for. Right now, for instance, people are searching for “I can’t smell” at very high rates in New York, New Jersey, and Louisianna, which just so happens to be the epicenters for the virus (weirdly, California is 23rd on that list, which suggests that they really are doing a bang-up job of flattening the curve). Meanwhile, Ecuador is searching for “I can’t smell” more than any other country in the world, which suggests that an outbreak in that country may be imminent. That’s obviously terrible, but technology is cool, and the Imperial College worst-case scenario models probably didn’t factor that in, either.

I also learned a new word today: Consilience. It’s a cool-ass word I picked up from USA Today, of all sources. It’s basically what happens when everyone from different academic subjects finds agreement in their approach. That’s good!

And if there is solace in crowds, the crowd of experts has aligned. Scott Gottlieb, former commissioner of the FDA, called for a Life Sciences Marshall Plan. Politicians on both sides agree. Elizabeth Warren has a plan for “Protecting our Economy and our People from Coronavirus”; Newt Gingrich wrote an op-ed: “America must act now — and act big.” Expert after expert — Lisa Monaco (foreign affairs), Atul Gawande (surgeon), Zeke Emmanuel (medical ethics and health policy), Marc Lipsitch (infectious disease epidemiologist), Ashish Jha (physician; healthcare delivery) — have published pieces on this in past few weeks.

The one holdout, obviously, is the guy who I’d prefer not to mention by name, because his daily press conferences notwithstanding, the Orange Monster is growing increasingly irrelevant. He’s good for a billion news stories and the Times loves to pretend he matters, but increasingly, America is tuning him out in favor of the helpers, and right now, those helpers are the smart people, and the adults.

People, instead, are listening to the nerds, and that is the absolute best thing that can happen right now. Also, are we sure it’s not too late to nominate the biggest nerd of them all as our Democratic nominee?

← We Ain't Mad at Kylie Jenner | John Oliver on Jeremy Renner, Jared Kushner: 'I Hate This Moment In Human History So Much' →