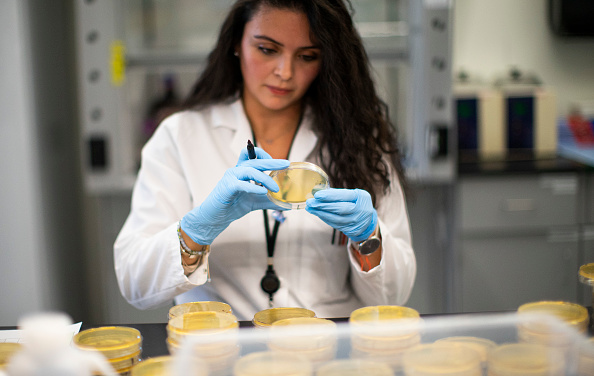 See Also: More confirmation of the below findings, plus a potential treatment coming soon

I’m sure by now that many of you have read the Imperial College study. It’s terrifying. It basically says that we will have to be in lockdown for roughly three more months, after which we will probably have to maintain social distancing measures until a vaccine is discovered (if it is discovered) in 12 to 18 months. The study suggests that we will probably have to adopt policies in which we will have to go back to lockdown whenever the number of ICU beds fill up, but that we are nowhere near a return to normal and we can kiss concerts, sporting events, gyms, indoor restaurants, etc. goodbye for a very long time. Plus side? The lack of emissions will be good for the environment. Yay.

It’s obviously a horribly sobering report, and The Imperial College — who conducted the study — is apparently the gold standard when it comes to studies like this. This is the report that prompted President Trump and Boris Johnson to finally change their tones. It is worth noting, however, something that most people are leaving out: Imperial College also advised Britain initially to implement the “herd immunity” strategy before abandoning that strategy. So, they’re not 100 percent trustworthy.

Meanwhile, three months after the outbreak and two months after implementing draconian measures in China, there is this:

China getting back to work

The nationwide sequester seems to be working in Italy, too, as cases are finally leveling off.

Italy, 8 days after their nationwide sequester. New cases levelling off. #SocialDistancingWorks. #Italy had to take serious action because the people weren’t, we can do better. pic.twitter.com/lNBGr02YP3

What’s happening in China and what is happening in Italy both support the Imperial College’s study: Basically, suppression works! Yay! But here’s where there is some disagreement. If you check out the Tweet about China getting back to work, I’m sure the first five replies are from buzzkills yelling, “Yeah! But there’s just gonna be another outbreak!” And according to the Imperial College study, that’s exactly right. China’s economy will start moving again, but it’ll grind to a halt once ICU beds start filling up again.

Michael Levitt, an Israeli Nobel Laureate, however, has another theory. Caveat: He is not an epidemiologist, but he did win the Nobel in 2013 for “the development of multiscale models for complex chemical systems.” He’s a biophysicist, a math and chemistry guy. He’s currently well known in China because of his modeling projections. Using math, he accurately predicted the rise and fall of the cases in China well ahead of their rise and fall.

1) The other models assume a rate of infection of 2.2 people a day, every day. Levitt believes the number goes down to 1.5 people every three days. Why? Because most people interact with the same people every day.

“In exponential growth models, you assume that new people can be infected every day because you keep meeting new people,” Levitt said. “But, if you consider your own social circle, you basically meet the same people every day. You can meet new people on public transportation, for example; but even on the bus, after some time most passengers will either be infected or immune.”

That makes a lot of sense. However, that doesn’t mean Levitt is dismissive of the precautions being put in place by governments around the world.

“You don’t hug every person you meet on the street now, and you’ll avoid meeting face to face with someone that has a cold, like we did,” Levitt said. “The more you adhere, the more you can keep the infection in check. So, under these circumstances, a carrier will only infect 1.5 people every three days and the rate will keep going down.”

After I wrote the first draft of this piece, I randomly found two other researchers — Anna Ziff and Robert Ziff, respectively of Duke University and the University of Michigan — who separately confirmed as much. They call this the “small-world phenomenon.”

Exponential growth is not maintained because “the number of susceptible individuals around an infected individual decays with time,” as a result of the prospect that “Individuals already infected might face increased immunity and there are other individuals who might have had a mild infection that imparts immunity but without developing symptoms warranting testing. These various effects would inhibit the exponential growth of the virus.”

2) Here’s the other element of his theory, where Levitt is either very right or very wrong, and we’ll soon find out in China, and it is this: Basically, a certain segment of the population is immune. Why does he believe that? Because in Wuhan, where theoretically every person could have been infected because it’s a densely populated city and it took a month for measures to be put in place, only 3 percent of the population was infected. But also, this:

The Diamond Princess cruise ship represented the worst-case scenario in terms of disease spread, as the close confines of the ship offered optimal conditions for the virus to be passed among those aboard. The population density aboard the ship was the equivalent of trying to cram the whole Israeli population into an area 30 kilometers square. In addition, the ship had a central air conditioning and heating system, and communal dining rooms.

“Those are extremely comfortable conditions for the virus and still, only 20% were infected. It is a lot, but pretty similar to the infection rate of the common flu,” Levitt said. Based on those figures, his conclusion was that most people are simply naturally immune.

Levitt is not contradicting scientists who say that the Coronavirus is very dangerous and that is it very contagious. He is merely stating that, over time, the infection rate lowers and that a certain segment of the population might be immune. Combined with social distancing efforts, it could drastically reduce the amount of time we will be impacted.

We won’t know if this is true for a few more weeks, as we see how things progress in China. In the meantime, the only way to get to a point where Levitt’s modeling actually comes into play is if we shelter-in until the cases first level off and then the number of new cases begins to dramatically fall.

Moreover, Levitt’s modeling aside, the Imperial College study also does not factor in a couple of other factors: In three months or so, one company says that it will be able to mass-manufacture $1 Coronavirus tests that will provide results in 10 minutes.

In the race to invent a faster coronavirus test, the West African laboratory that made one of the world’s first yellow fever vaccines has teamed up with the British creator of pee-on-a-stick pregnancy technology.

Researchers at the Pasteur Institute in coastal Senegal — a World Health Organization partner that has battled viral outbreaks for more than a century — say they’re as little as three months away from releasing $1 diagnostic kits that can detect the respiratory contagion in 10 minutes.

Being able to cheaply self-diagnose will obviously make a huge difference in containing the Coronavirus. If we know we have it, we can self-isolate both ourselves and our family members while the rest of the world operates.

Moreover, hundreds of scientists are marshaling all their efforts to find both vaccines and effective treatments. We may be 12-18 months away from a vaccine, but we are not necessarily 12-18 months away from a treatment that would keep tens of thousands of people out of ICUs. And the crucial factor in the Imperial College study is the number of available ICU beds — if we can successfully reduce those, then maybe we go from alternating two months of sheltering-in with one month of freedom to two months of freedom and one month of sheltering-in.

As I have been saying, the scientists are going to save our asses. Granted, I have no idea how any of this will progress — none of us do — but in my opinion, it’s better to expect the worst and hope for the best, because that hope may help drag us through the worst.

← R.E.M's Michael Stipe Sings 'It's The End Of The World As We Know It...' In Coronavirus Safety Video | Can Coronavirus Be Spread Through Sex? Twitter Users Offer Answers →