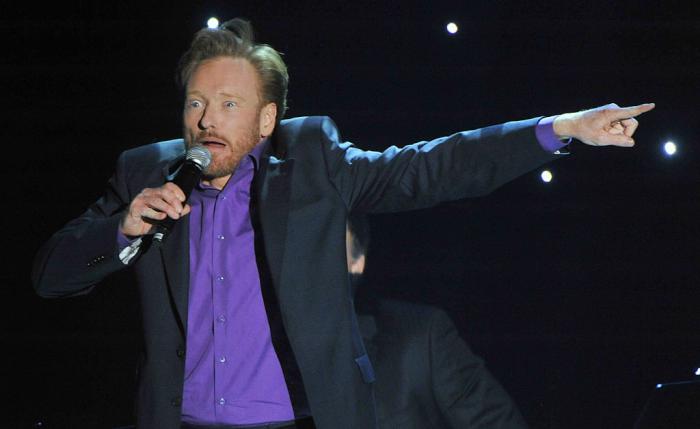 I know I’ve only just done a Simpsons post, but when the material is this good you can’t be looking a gift horse in the mouth. Cheers to Kayleigh, for alerting me to the fact that Josh Weinstein—part of the writing partnership comprised of Weinstein and Bill Oakley who were key elements in some of the show’s finest moments—had tweeted this delicious prompt:

This brings up a delightful question: what joke in the Simpsons did you think was a real thing and only later realized was just a joke? Or vice versa? https://t.co/5YRuPUU73e


Much like so many other Simpsons prompts, that’s a real doozy. For someone like me who grew up watching the show religiously, and who—crucially—was not from the US, there were so many things I learned about the country by watching. The writers on The Simpsons had free rein to shape my perception of an entire culture, the end result of which was becoming a living embodiment of Weinstein’s tweet. There were so many responses that I had no idea were examples of made up nonsense, or vice versa! Like: Lee Carvallo isn’t a real golfer! My mind lies shattered in pieces on the floor.

Here, join me on this mind-bending journey, alongside Weinstein himself, who is very engaged on Twitter and who takes the time to respond to a lot of these prompts, before Twitter collapses under the neutron star pressures of a moron’s bruised ego:

Yeah, ha, in the script, we just said "written on a plain sheet of paper" or something like that.


Yeah, Allan Sherman was very real and very hilarious. Camp Granada is not even his best song!


My friends and I were obsessed with "Rock Me, Amadeus" and coming up with extra bland parody versions of it, like "Thank you, Amadeus" and that's what led directly to the Dr.Zaius song.

Thought the exact same thing until a year ago in another Simpsons joke thread!


No, we looked all those up and were kinda obsessive about it, the weirder sounding the better! Parge the lath!


Ha, a lot of believable names on the Simpsons are believable because they're based on real things, like this name was based on the Jimi Hendrix Experience and Troy McClure's name is based on two real actors, Doug McClure and Troy Donahue.

Yes, was gonna say there really is an American Egg Board, definitely a real group of egg people that promotes egg consumption. In the 70's, we were bombarded with commercials from them for "the incredible edible egg®️"


Even as a kid, when I saw "Love Is" in the newspaper, I thought it was creepy. Also, I recall, it wasn't in the comics section of the newspaper but some random section. Weird!


Pleased to have made that up with @thatbilloakley 👍

I didn't know that until after someone had pitched that line in the room and told us who he was. And I thought I knew my oldtimey actors.


That is one of my favorite made-up names of all time on the Simpsons, specifically because it sounds both very real and very made up at the same time! I think Steve Tompkins pitched that one.


Pleased to see these here - @thatbilloakley and I made these up. Sacrilicious! (Also listed in this thread.)

Yeah, it's a fantastic song, too!

My primary school teacher never forgave me for this one pic.twitter.com/rmE43kyTHn


to this day, I still blow people's minds by telling them Winifred Beecher Howe isn't real. Many of us were fooled pic.twitter.com/VxiBHpxAU1


This is one that keeps popping up in this thread that genuinely surprises me but when I think about it, it's not so surprising if you were born after or were just a kid when the movie came out.


A bunch of us grew up in the 70's and saw a ton of Schoolhouse Rocks on Saturday morning TV. Schoolhouse Rocks had great songs and animation, totally worth checking out if you haven't seen them or all of the segments. So catchy, many of the songs are still in my head.

Totally made up but believable (for Vaudeville) name. A Simpsons specialty!

Also, it's Hig Heisler. I ❤️ and use @FrinkiacApp all the time but it's one of the few things that's not accurate on there.


This is one of my favorite things in this thread👍


I didn’t know that The King Biscuit Flower Hour was real.

I believed “there'll be no accusations, just friendly crustaceans” was a line in the actual Little Mermaid song for many, many years.


when i was a kid i definitely thought the church becoming a business in "she of little faith" was a massive exaggeration for the plot, only to realize it's unfortunately extremely real


Embarrassed to admit it but I thought for a very long time the second line of Devo's "Whip It" was actually 'Licorice Whip' pic.twitter.com/pUFRraW7Vy


Not The Simpsons but has ties to the show: The Critic.

I saw the bit about Orson Welles doing frozen peas commercial. My friend explained that he actually did those commercials back in the day. pic.twitter.com/cs0VHL9Hbv


I had no idea Ray Bolger was the Scarecrow til like 10 years ago. And the obscurity for Homer to use that name out of any celebrity probably made the line even funnier to me pic.twitter.com/sBq3WVkVWo

I assumed Starland Vocal Band was made up for years.

Nope. Someone actually named their band that. pic.twitter.com/DdLg1YgKK8


I recently learned the "pool-mobile" was based on a real thing pic.twitter.com/bPnxhF2FEg


i wanted this to be real so bad pic.twitter.com/z1GfTMija5

I never had to resort to buying Crazy but there were plenty of times I had read every single article in Mad and needed to buy Cracked to get my fix until the next Mad came out (had a subscription) Crazy seemed so bad even as a kid I didn't want it.


I used to think this was the real Matt Groening pic.twitter.com/3WV1lR0OtW


I was so certain that Paint Your Wagon was made-up that I didn't check until very recently pic.twitter.com/9p8CrhkvwX

Having never seen any of the Rocky films I just presumed that there was actually a Rocky VII: Adrian's Revenge


Who could have thought a golfer named so realistically wasn’t real? pic.twitter.com/gqY4SYPV91


And even though the above blew my mind the most, this might have to be the most hilarious:


← ABC Is Reportedly Looking into the Morality of T.J. Holmes and Amy Robach's Affair | Which Streamer Canceled the Most TV Shows in 2022 →