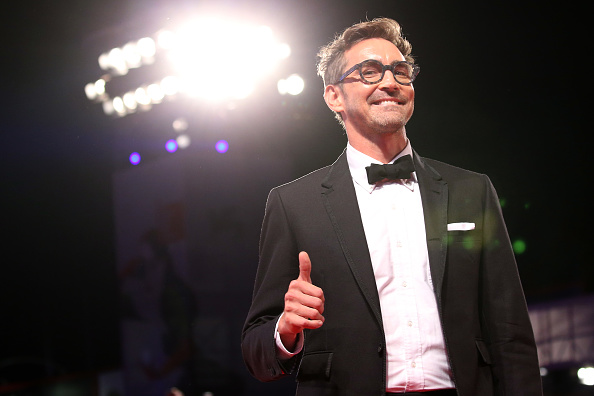 I know it is old hat now to say that Elon Musk has been red-pilled by his own social media service, but for anyone who spends much time on it, it is striking. He’s evolved from a rich centrist prick to a guy who is railing about pronouns, wants to prosecute Fauci, and is suggesting former employees are pedophiles (based on evidence that shows otherwise). I don’t know if there is a psychological term for it, but Musk — like Trump — increasingly seems to agree with whoever likes him the most. Conservatives love Musk now, and he is leaning into it hard. It’s gotten to the point now where Musk no longer even believes that LGBTQ people are real people with real feelings.

I'm still just blown away that @StationCDRKelly said LGBTQ people "are real people with real feelings" and Musk responded, "I strongly disagree." That we're people?!?! That we have feelings?!?! And then he just starts spewing nonsense about pronouns? This is absolutely vile. pic.twitter.com/L1i2e4t388


And still, Musk continues in his efforts to impress the people who reject him the hardest, this time by showing up to a Dave Chappelle show in San Francisco and thinking he would get a warm reception. He did not. It was awkward and uncomfortable for both Musk and Chappelle. Here’s the YouTube video (because Musk is deleting accounts on Twitter that post it).


Chappelle, hilariously, doesn’t help matters by acknowledging the boos and trying to make a joke about it, in part because he is mocking those in the cheap seats while standing next to the richest man in the world. Still, when you’ve lost Chappelle’s crowd ….

The woke mind virus is either defeated or nothing else matters

Chapelle may survive getting “cancelled,” but few survive “bringing your untalented loser friend on stage during a comedy show” https://t.co/Eb5Uo2u8Oq

Was at the Dave Chapelle show at SF tonight and who comes on but Elon Musk!

A good 80% of the stadium boos. 18k people. and he withers. Like absolutely turns into a corncob.

Dave tries to salvage the situation but to no avail

The boo heard round the world

Unfortunately, when Musk gets grumpy, he takes it out on the “woke mind virus” by making Twitter increasingly less usable. I know we used to joke about how awful it was, but it’s a completely different site than it was two months ago. It appears that he’s increased his own reach and that of those who follow him because my “home” timeline (which I rarely use) is full of Elon tweets, and Elon followers (and I don’t even follow Elon), and the entire conversation on Twitter now is about Twitter. 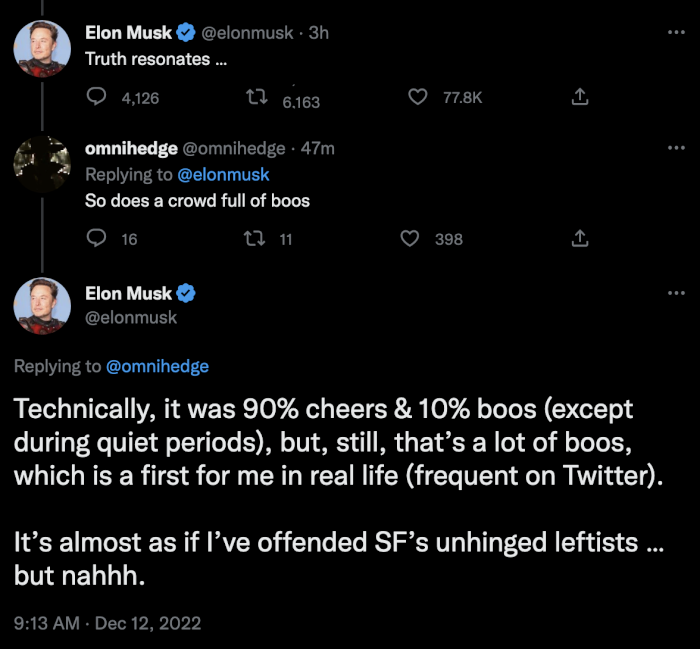 (Pajiba substitutes images of Elon Musk with those of Lee Pace for aesthetic reasons, and with apologies to Lee Pace.)


← Box Office Report: 'Black Panther: Wakanda Forever' On Top for Fifth Week | One Of Conan's Engineers Was Watching The World Cup While They Were Recording His Podcast →