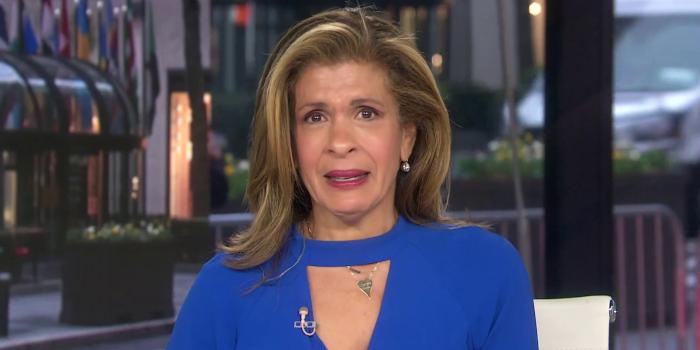 This Morning, We Are All Hoda Kotb

There is so much uncertainty in the world right now that I know some of us like to latch on to those things that are stable, like science. Like statistics. Like curves. And graphs. And charts. And epidemiologists and infectious disease experts and science journalists who fill the holes with math. Some people stress eat. Some people go hard in their exercising. But some of us binge on models and studies. There’s an Atlantic piece (and they have been doing spectacular work) showing the four possible timeliness for returning back to normal that I read like every half hour right now and fantasize! Man, give me one of those curve-flattening charts you can manipulate and I’ll retire to my bunk for half an hour.

It’s at times like these that I’m so glad that Dr. Anthony Fauci is the President of the United States (in my mind). He does not rely on his gut. He does not make decisions based on the stock markets. He does not act on whim. He looks at the statistics. He looks to historical trends. He looks at math. I love him.

He spoke to Trevor Noah last night, and he’s part of the reason that the fog for many of us is starting to lift a little. Here, he provides words that are comforting in their soberness, if that makes any sense at all.

Particularly comforting for me is this: “Things are implemented at the state and local level. That’s the way this country works so well. The federal government is a facilitator. It’s a supplier. It’s a supporter, and that’s the way things should be going … as we are catching up now on things we didn’t do so well in the beginning, the private industry is getting involved. We now have many, many more tests. The government is not making the tests. The private industry is making the tests.”

That’s what I am reading, as well. During this lockdown most of us are under, the scientists are quietly learning more about the virus; the private industry is producing more supplies (there’s a small factory here in a tiny town of Maine that is apparently responsible for making all those swabs for tests!). Filthy Jeff Bezos is talking with WHO about how to distribute tests to homes around the world. Serology tests will be going out in Europe soon. And rapid antibody test kits are apparently about to be distributed nationwide here.

It’s hard to see it because the news headlines — especially out of New York and California — are terrifying, and the daily news conferences with the President are chaotic and awful. But behind the scenes, scientists and — in many cases — those dirty capitalists are getting sh*t done, and trying very hard to get a handle on this.

But it’s still very hard. And sometimes those emotions still creep up on us. One second, you’re talking to a national television audience — or your son — and a second later, it overtakes you, and it makes it very awkward for your kid, who is like, “Why are you crying, Dad?” Wait, I’m sorry. We were talking about Hoda Kotb, who did what probably every single one of us has done at least once in the last two weeks, only she did it on TV. Her emotions got the better of her, and that’s OK, because right now, those emotions are way too much.

So, let’s all take a moment and cry along with Hoda.

We love you, Hoda. ❤️ pic.twitter.com/rocZr8J4EE